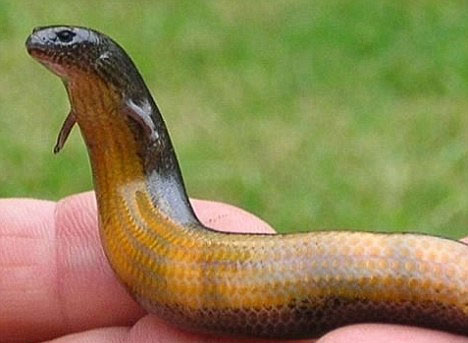 Evolution, as we learn in school, is so gradual that changes take place over hundreds or thousands of years. And of course, most of us never get a concrete look at what the process of evolution looks like. But a certain type of Australian lizard is teaching the whole world a lesson about evolution by changing right before our eyes. The yellow-bellied three-toed skink looks like a small snake with tiny legs. In the cold mountainous regions of Australia the skink gives birth to live young, but in the warmer coastal regions the same species lays eggs. Scientists say that we are essentially seeing the lizard in the middle of evolving from egg-laying to live-bearing births. 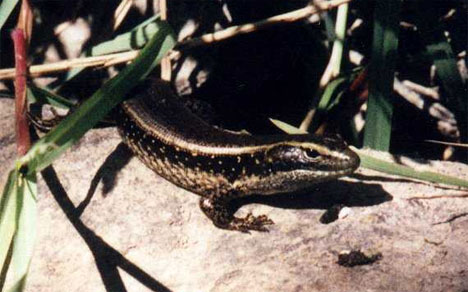 The process to go from egg laying to live birthing isn’t all that complicated. The females simply start keeping their young inside their bodies for longer and longer, usually because of harsh weather or other environmental factors. Over the generations, the incubation time inside mothers’ bellies gets longer and longer, and egg shells – which once protected the young from the outside world and provided calcium – get thinner and thinner.

Because the process is relatively simple (in evolutionary terms, anyway) it’s happened plenty of times before. In fact, almost a hundred types of lizards have made the switch from egg-laying to live births. Currently, only two types of lizards other than the skinks use both types of reproduction methods. Seeing the skinks in this stage of their evolution is helping scientists figure out exactly how the change is made.

See more in Earth & Nature or under Science. September, 2010.