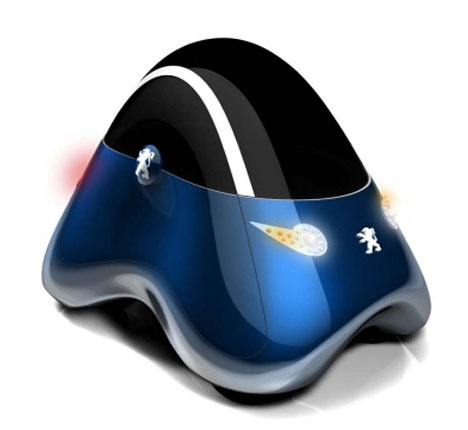 With the electric car revolution has come a slew of beautiful new vehicles…and some that are more odd than anything. But this concept from Portuguese designer Tiago Alves might be the most unusually-shaped electric car ever. It’s called the Peugeot 1001, and despite looking a bit like some kind of office equipment it’s slated to be an efficient, agile commuter car. 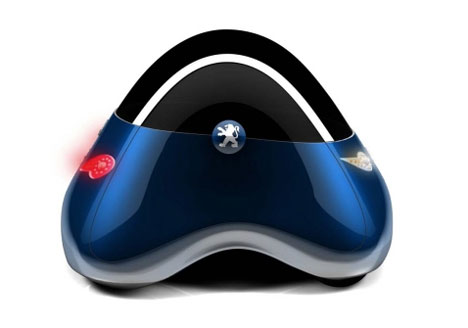 The 1001 isn’t meant for cross-country road trips; rather, it’s geared toward the commuter who doesn’t travel very far every day but doesn’t want to ride a bicycle to work. The car has eight electric motors that operate four agile “wheels,” which are actually spheres that offer the vehicle unparalleled driving flexibility. It’s these spherical, magnetically-controlled wheels that allow the car to spin around in circles effortlessly…if you enjoy that sort of thing. 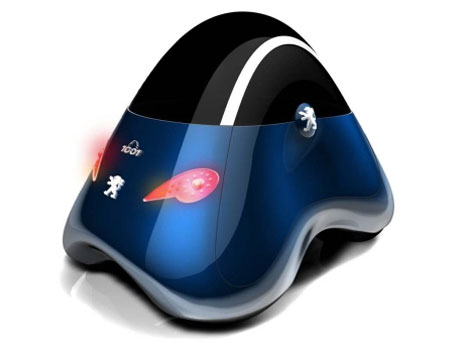 The car even features gull wing doors, making it perhaps the geekiest vehicle ever invented. But if you can get past the bizarre looks, you’ll also have to deal with the fact that the thing doesn’t look rugged enough to handle a Midwestern winter or even a windy Northeastern spring. The designer says that the rechargeable battery packs in the vehicle’s floor would help increase the stability of the vehicle. If it ever hits the production phase, we’d love to take it for a test drive to see just how stable the cute little car is.

See more in Cars & Trucks or under Transportation. April, 2010.