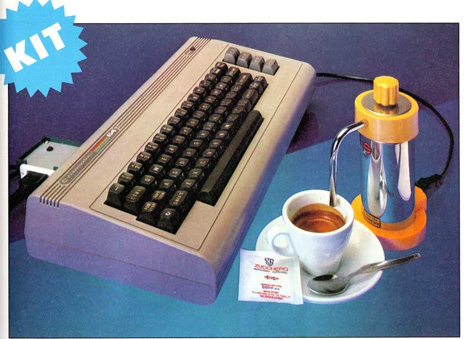 Way back in the day of the Commodore 64, people who used computers had to really know what they were doing. There were no plug-and-play peripherals and the term “user friendly” hadn’t yet been coined. But if you could write your own programs and assemble complex kits, you could do some pretty incredible things with your personal computer. The Commocoffee 64 was a peripheral meant just for those hard-core geeks who knew their way around a BASIC program and couldn’t get their fill of that dark mistress: espresso. 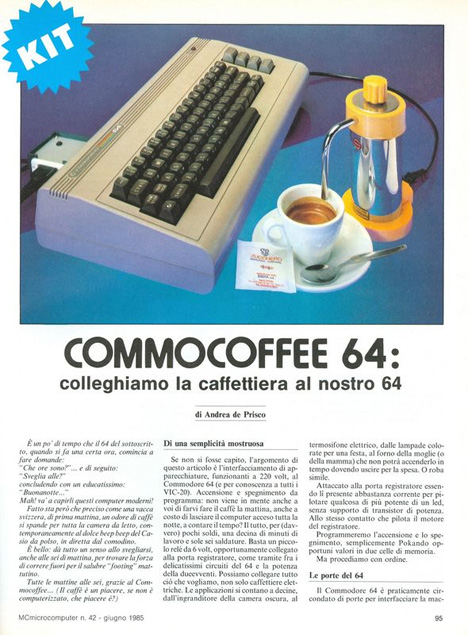 This ad from a 1985 issue of the Italian magazine Microcomputer extolls the virtues of a coffeemaker controlled entirely by your Commodore 64. Was it ridiculously complex to brew coffee through a computer? Probably. Would it have made more sense to just plug an espresso maker directly into the wall? Absolutely. But we’d be willing to bet that coffee made by a computer is 400% geekier than any other type of coffee in the world, making it the best, of course.

See more in Aged Adverts or under Vintage & Retro. September, 2011.