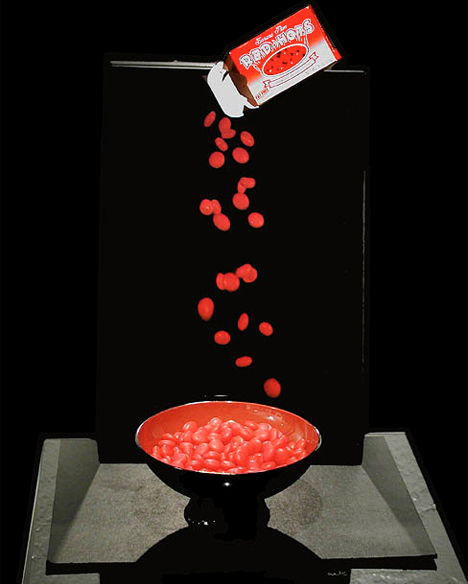 The above picture may look like an ordinary high-speed photo of candies being poured into a dish, but it’s actually the world’s first smelling hologram. The sculpture, originally created in the late 1970s by Mark Diamond, uses a pulsed ruby laser to create the realistic 3D hologram of the red candies spilling down through space and into a bowl. 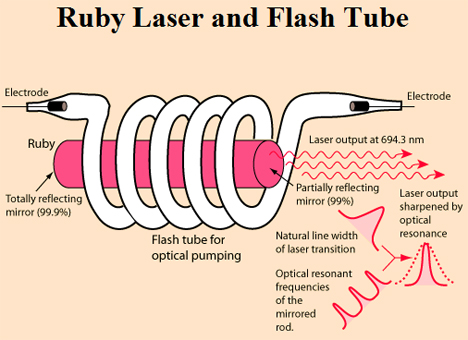 When lasers were invented in 1960 no one was quite sure what to do with them. The first working laser was even referred to as “a solution looking for a problem.” But it didn’t take long for science and industry to find plenty of uses for the intense, concentrated, single-wavelength beams of light. Today we use lasers for everything from playing DVDs to performing surgery. The use of the laser can be modified depending on what type of gain medium is used.

This video shows a simple experiment with a ruby laser. The ruby laser uses a synthetic ruby crystal as its gain medium, emitting a visible light of a deep red color. Since the exterior balloon is red, it transmits the red-colored laser beam. The blue balloon inside the red one, however, absorbs the beam and pops. 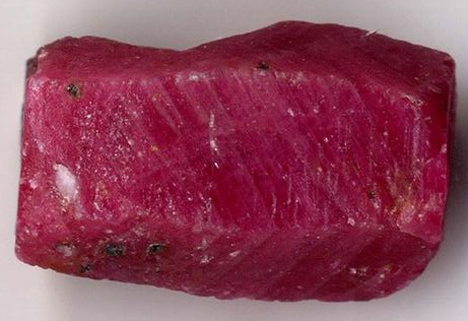 Ruby lasers were once very commonly used for tattoo removal and hair removal. They have largely fallen out of use for these applications because more effective lasing media have been developed, but they are sometimes still used to create holograms for industrial and scientific applications.

See more in Weird Science or under Science. September, 2009.