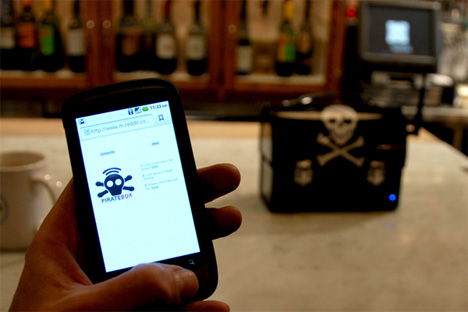 Peer-to-peer file sharing can be dangerous ground, depending on what you’re sharing. PirateBox offers a safe, anonymous way to share files and communicate with anyone in the same physical space without fear of Big Brother butting in. 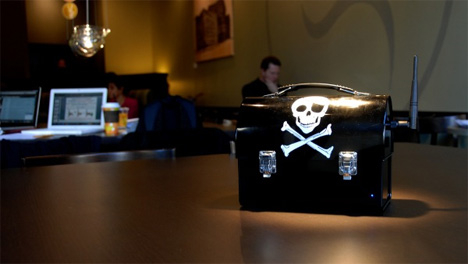 Created by art and technology professor David Darts for the purpose of sharing files in class with his students, the PirateBox soon morphed into something even more thrilling: a way to circumvent logging in and exposing personal information. 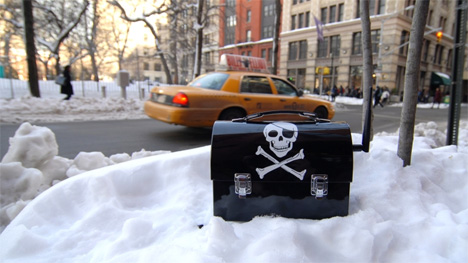 In essence, the PirateBox is a portable, temporary file sharing network. The box broadcasts an open WiFi network that anyone in the vicinity can join. Users can upload and download any files they wish and communicate anonymously with one another. No user data is recorded, so there’s no fear of the entertainment police coming down on you for downloading an album from the guy at the next table in the coffee shop. 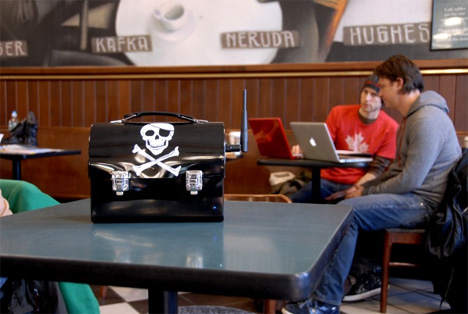 Of course, a lack of accountability also means that the potential for shenanigans is high. Downloading anything from someone you don’t know is risky…so users have to weigh that risk against the benefits of the anonymous network. 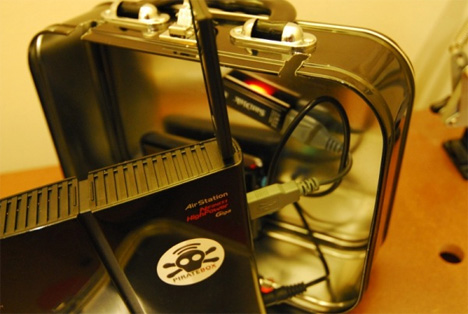 Darts says that he isn’t exactly encouraging piracy; the name was meant to be provocative and a play on the infamous Pirate Bay name. If you want to build your own PirateBox and have around $100 to spend on supplies, the instructions can be found here.

See more in Do It Yourself or under Technology. June, 2011.