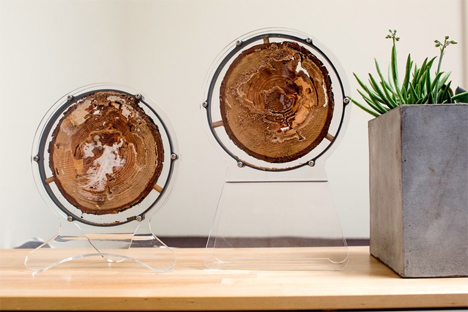 Humans have a tendency to think of termites as pests, but we seldom take into account the fact that there are thousands of species. Not all of them are the house-devouring little bugs home buyers are so terrified of finding. Termitat is an ant farm-like display that houses a slice of Douglas Fir and a colony of termites in a clear 1/4″ thick acrylic habitat. 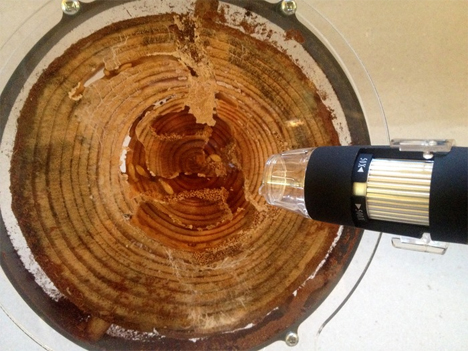 Chris Poehlmann developed the Termitat after 25 years of designing exhibits for zoos, museums, and aquariums. He has been fascinated with the tiny world of termites since 1982 when he built his first termite habitat for a California natural history museum. 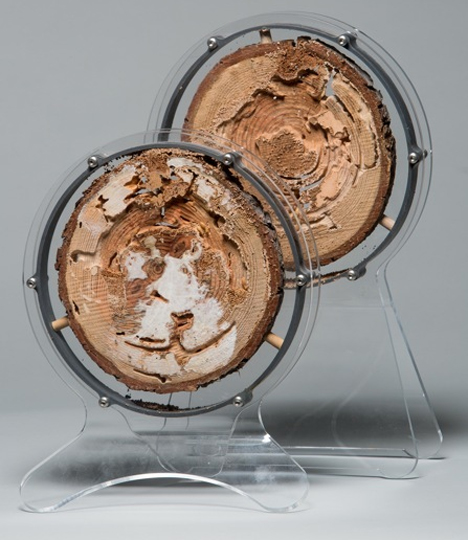 Poehlmann created the Termitat to share this fascination with the world. Termites have complex social systems and lead surprisingly fascinating lives – much like ants, even though they’re far less cute. Owners of the Termitat don’t have to worry about escapes and house munching; the species used in the display don’t eat houses or thrive in a home environment outside of their acrylic case. 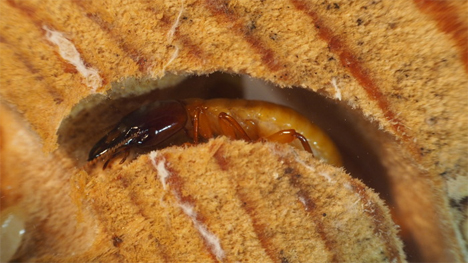 Taking care of the termites is easy. Their food is already included, and that one slice of wood can last the 25-strong colony for up to three years. An injection of water every week keeps them happy and active. Although the termites aren’t of the dangerous persuasion, the Termitat can’t ship outside of the U.S. or to certain states. Starting at $125, the termite colony is considerably more expensive than a little plastic ant farm, but it’s got to be satisfying to watch that slice of wood being eaten away one day at a time.