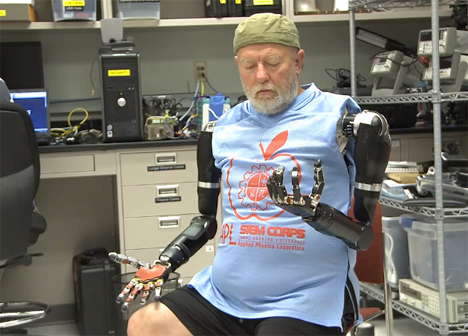 More than 40 years ago, Colorado resident Les Baugh lost both of his arms from the shoulder down in an electrical accident. He could never have predicted that, four decades after the accident, he would be the first double amputee ever to test out twin mind-controlled cyborg arms. 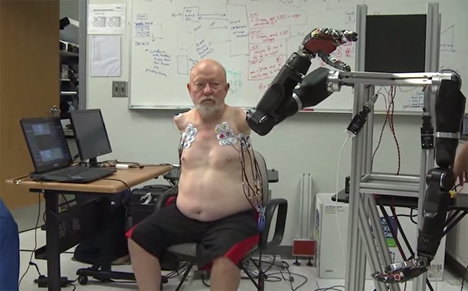 The Modular Prosthetic Limbs have been in development at Johns Hopkins University for the past decade. They work with a Virtual Integration Environment, or VIE, which is kind of like a virtual reality version of the prosthetic limbs. When using either the VIE or the physical limbs, Baugh has only to think about moving his robot arms to make them do his bidding. 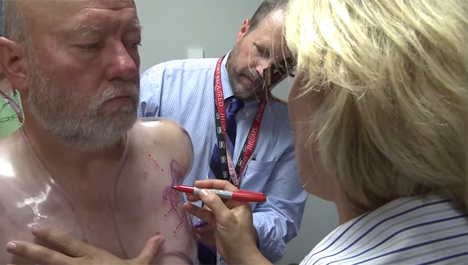 Before the arms could be fitted, though, Baugh had to undergo a painful targeted muscle reinnervation surgery. The surgery redirected the nerves that once controlled Baugh’s arms and hands, making it possible to control the new cyborg arms with his mind. Once he recovered from the surgery, Baugh was fitted with a custom socket that fits over his torso and shoulders. 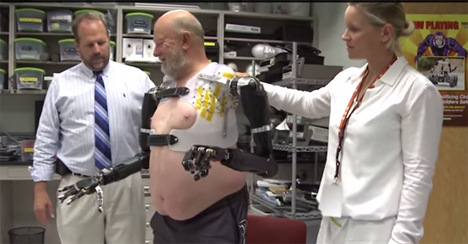 The torso supports the weight of the prosthetic limbs and also makes the neurological connections between the brain and the newly rewired nerves. Once the socket was completed and Baugh was fitted with his robot arms, he was able to perform tasks like moving a cup from a counter-height shelf to a higher shelf. He also picked up a ball from the lower shelf and dropped it into a basket on the higher shelf.

Baugh managed to learn all of this with only 10 days of training, and the team was astonished at how quickly and easily he was able to start controlling both arms. He was performing complex motions on both arms at the same time – a feat which can probably be half attributed to the intuitive design of the VIE and the exceptionally advanced prosthetic limbs. But a large portion of the credit has to go to Mr. Baugh, who put on those arms and just started moving them around like they’d always been part of his body.

See more in Cybernetics or under Technology. January, 2015.