10,000+ Subscribers
Cubicle Wars: How to Weaponize Your Office Supplies 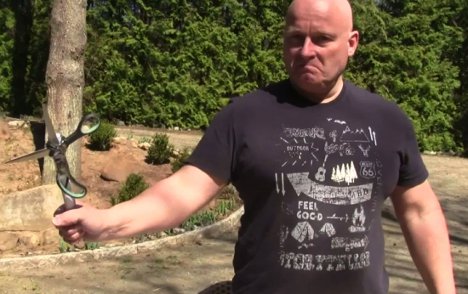 If there’s one guy you don’t want sitting in the cubicle next to you at work, it’s Jörg Sprave. Not because there is anything wrong with him – he seems positively delightful – but rather because he knows a million ways to maim you with nothing more than the stuff in his desk drawers. Sprave was asked to weaponize some office supplies for a Business Week project (wait, what?) and he went over and above, inventing some amazingly creative implements of destruction.

In less than ten minutes, Sprave uses pencils, scissors, paper, a ton of sticky tape and some other everyday office supplies to make some very intimidating weapons. Business Week only used his pencil shooter in their article (Sprave postulates the others were passed over because they were too effective and, thus, “lawsuit magnets”) but the video contains plenty of ingenious things with which to make mischief Monday through Friday. We should, of course, include the obligatory disclaimer: don’t try this at home.

See more in Do It Yourself or under Technology. April, 2012.