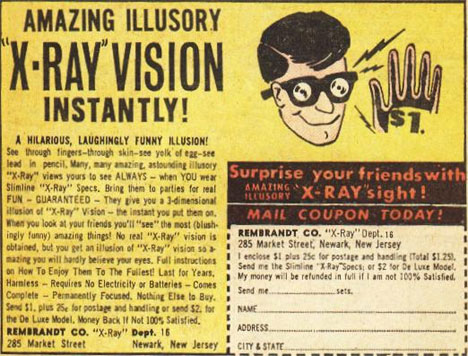 Those of us old enough to remember print media will immediately recognize this type of advertisements. They are the kind of junk gadgets hawked in the back of comic books and other magazines, designed to appeal to gullible kids and to quickly separate them from their allowances. What kid didn’t lust after Amazing Live Sea Monkeys, X-Ray Specs, or any number of other tempting gizmos and toys? 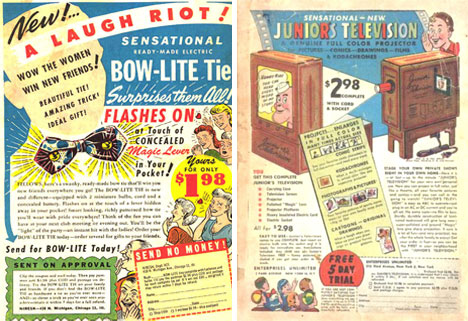 Whether it was a low-quality toy or a useless gadget, these advertisements made everything look incredible. Even when readers grew up enough to know that the items in the ads were scams (or at least a little less impressive than advertised), they continued to wonder if there might just be a gem amongst the worthless junk. 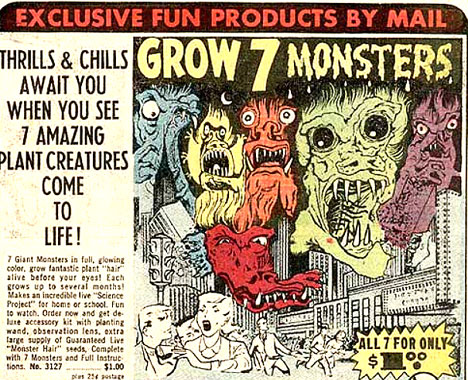 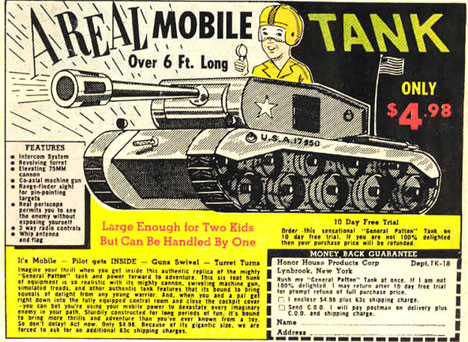 The kids (and probably a few adults) who were duped into clipping the coupons and sending in their money quickly learned that advertising can be very deceptive. Those “monsters” that were guaranteed to cause “thrills and chills” were little more than chia pets. And that genuine “tank?” Just a cardboard cutout. 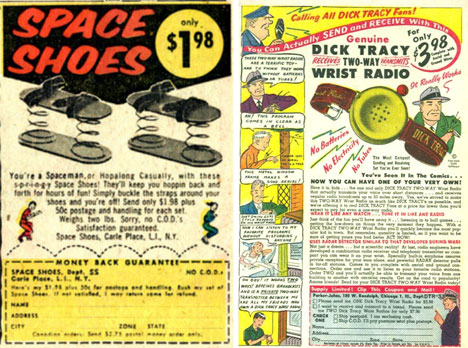 Of course, not all of the products in the comic book ads were completely fake. Some were merely dangerous or didn’t work quite in the way one might expect. Space shoes – shoes with springs on the bottoms – look like an accident waiting to happen, but surely the Dick Tracy two-way wrist radio works like a charm! 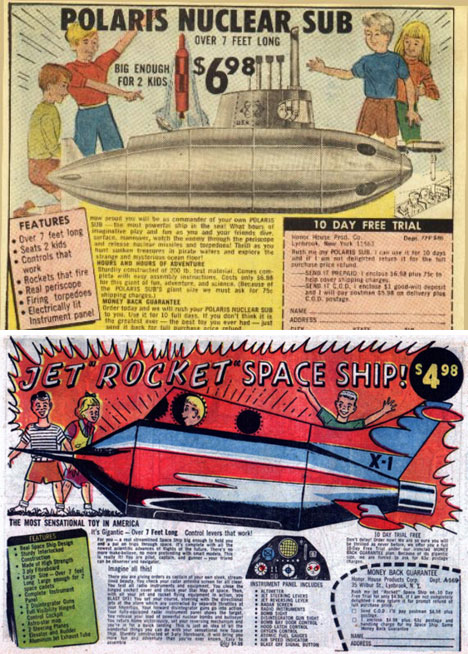 It might seem funny to look back on these ads and consider that people actually fell for this deceptive marketing at one time. But as long as there have been advertisements, there have been less-than-honest advertisements. Millions of us fall for the grown-up versions of these ads every day, in the form of “miracle” cures, fad diets and exercise equipment we’ll never use.