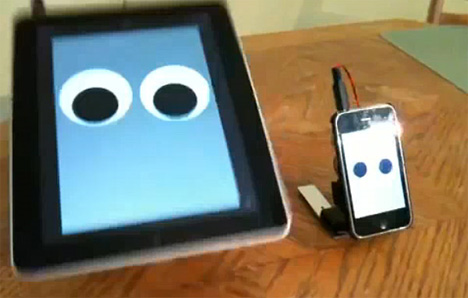 It’s normally never a good thing when an expensive piece of equipment gets up and walks away…but when this iPad, iPhone and iPod nano start wobbling around and looking at you with their weird googly eyes, it’s hard not to utter an involuntary “aww.” Made by a brilliant tinkerer called Terasaki-san, these little gadget goblins are so sweet you might actually forget that grudge you’ve been holding against Steve Jobs for years now.

To say the ‘bots “walk” would be putting it a bit strongly. They sort of totter around like freshly reanimated zombies that haven’t quite gotten the hang of working their undead limbs. But we forgive them because they’re almost unbearably adorable. 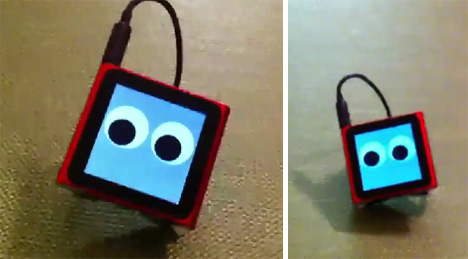 The project consists of little more than a set of legs mounted on the backs of the various gadgets. The legs pop into action and let the iToys wobble around with those wide, innocent eyes, looking all sweet and pure, but we know their real purpose. They want to stun you into submission so that they can grab your car keys and wallet and head to Vegas.

See more in Do It Yourself or under Technology. September, 2010.