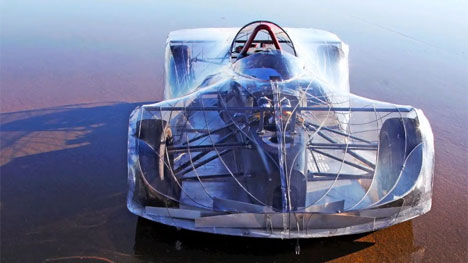 If you ever spent a high school summer vacation rebuilding a carburetor and then spent the next six months bragging about your accomplishment, a group of current high school kids are about to put you to shame. Seven Kansas City high school students decided to build a car that was ultra-efficient and way outside of the car design box – months later, they ended up with the DeLaSalle car. 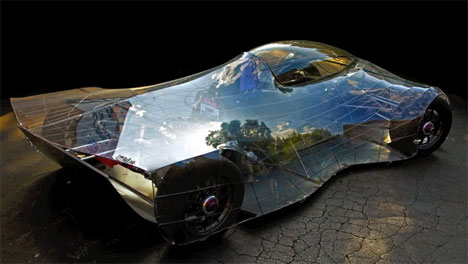 The chassis is from an old Lola racing car, and the unique body is made of a wire frame and transparent heat-shrunk 3M plastic sheeting. The body was built entirely by the students and weighs only 39 pounds, a huge improvement over the 200-pound fiberglass shell they originally built but later discarded. 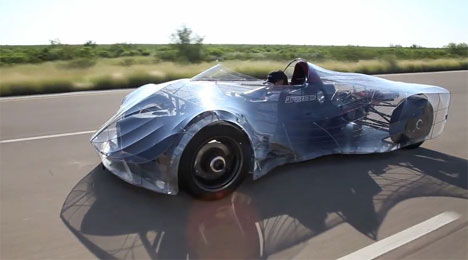 The DeLaSalle car isn’t all about shockingly cool looks – it’s a marvel of efficiency, too. The car gets the equivalent of around 300 MPG. Bridgestone did special research just for the group to figure out which of its tires would be most effective for this unusual car, then donated the tires and wheels. 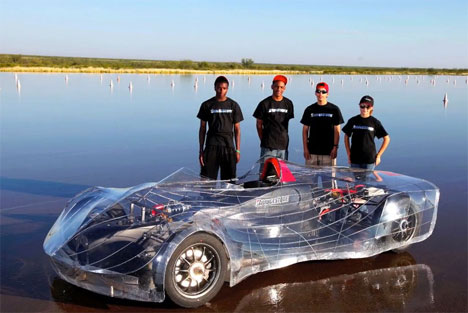 This car was a labor of love from beginning to end, with the students learning as they went. The group hopes to have their project recognized by the Guinness Book of World Records as the world’s most efficient vehicle. Judging from the first round of tests, they’re well on their way.