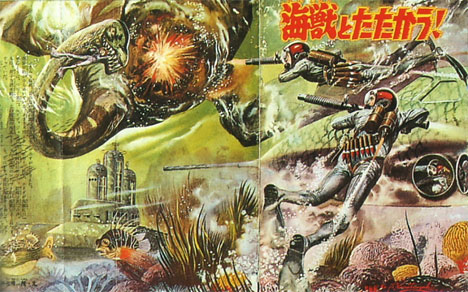 Shigeru Komatsuzaki (1915-2001) was one of the most well-loved and prolific Japanese sci-fi illustrators of all time. His fascinating illustrations graced the boxes of plastic model kits for many years as well as appearing in the pages of books and magazines. 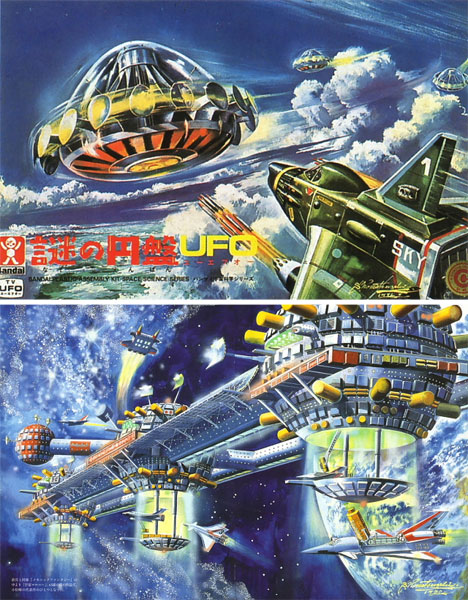 Komatsuzaki’s art career spanned an impressive 50 years, with most of his published work appearing in the 1960s and 1970s. But even though so much time has passed since the height of the artist’s career, his popularity has not decreased. 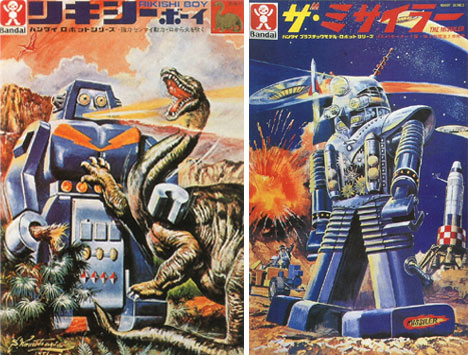 The timeless excitement of science fiction scenes and futuristic machines still captures the attention even today. From crazy UFOs to giant robots to space trains, this talented artist’s work covers all the bases of classic sci-fi wonder. 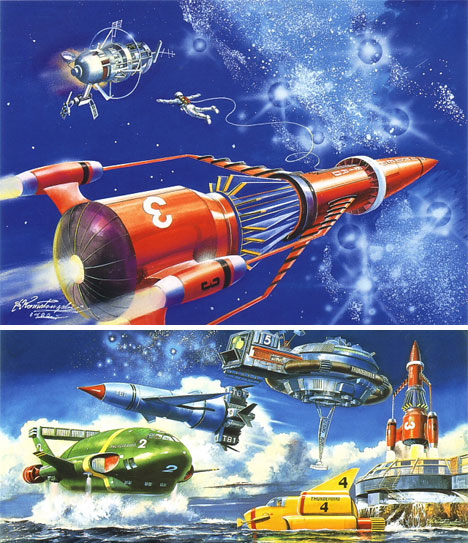 The art produced by Mr. Komatsuzaki for plastic model kit boxes has become highly sought after for collectors, though sadly most of the originals were lost in a fire years ago. 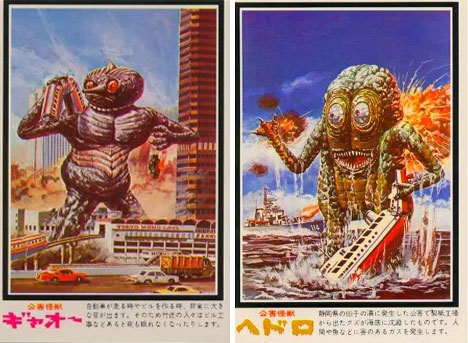 For those of us who grew up with western sci-fi art, the Japanese version looks familiar but with subtle differences. It’s these differences – and the sheer wonderfulness of every piece – that make each and every one of Sigeru Komatsuzaki’s pictures memorable.

See more in Science Fiction or under Science. June, 2010.