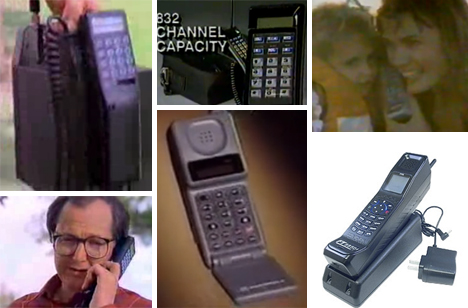 Remember when life was simpler, and you had to actually be at home to make or receive calls – or at least find a phone booth? Then the revolutionary magic of the portable phone was introduced, and suddenly we were free to go wherever we wanted without missing a moment of contact with friends and family. Today that’s a mixed bag – both a blessing and a curse – but 20 years ago it was a marvel of technology. And (provided you remember a world without cell phones) these commercials from the dawn of the mobile communications era will remind you just how far we’ve come.

This 1989 ad for Centel is said to be the world’s first cell phone commercial. True or not, it’s an entirely entertaining 43 seconds. There are wild animals, boats, and even a Jeep! Be sure to turn your speakers up so you don’t miss the fantastic soundtrack.

Also from 1989, this ad for General Electric cell phones clearly tries to get the point across that this is the best thing to happen to humanity – ever. From the inspirational music to the big shoulder pads to the $395 price tag, there’s nothing to not love about this commercial.

By the late 80s, car phones were a somewhat common extravagance. But when improved batteries and cellular networks made it possible to actually take your portable phone out of the car – well, that was momentous. They were far from fitting in your pocket, though, with 10-pound base units the size of a small briefcase.

Remember when flip phones were this big? This Motorola commercial seems to be encouraging users to talk on their phones while driving, which goes to show again how far we’ve come as a cellular phone-addicted world. These days, you’ll get a traffic ticket for talking and driving. 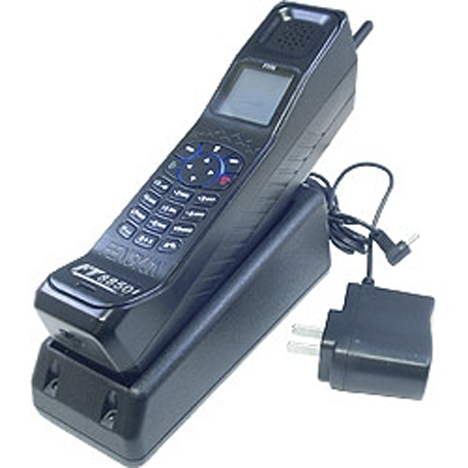 If you’re into these gigantic, brick-like cell phones, good news: there’s a working replica on the market now. It has modern innards but all of the clunky, retro appeal of an 80s phone. $169 seems like a bit much to spend on your next Cyndi Lauper or Milli Vanilli costume accessory, but we’re not here to judge.

See more in Aged Adverts or under Vintage & Retro. February, 2010.