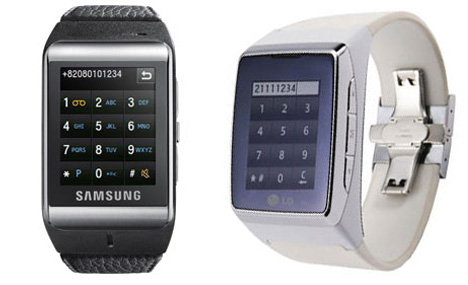 We thought we’d never see the day, but the watch phone has actually arrived. We’ll not beat around the bush: we think it’s a dumb idea. It may sound cool to be able to call someone from your wristwatch, but they’re big and bulky, while the touchscreen seems tiny enough to necessitate button-mashing. And who uses their phone just for talking these days? Never known for heeding our warnings, though, LG and Samsung both went ahead and unveiled watch phones over the summer. 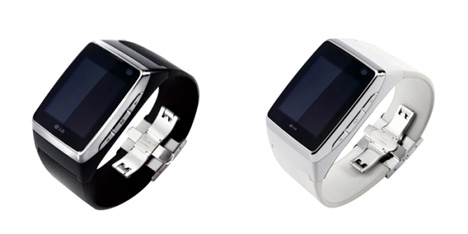 LG’s GD910 is pretty much just what you’d expect from a watch phone: it’s big, it’s thick, it’s kind of uncomfortable. According to Engadget’s review, it functions just fine, other than having somewhat difficult-to-navigate menus. The big drawback for any watch phone is, of course, having to buy and use a Bluetooth headset because you don’t want the whole world listening to both sides of your conversation. And then there’s the issue of the price: over $800 US. That’s a lot of cash for what amounts to a flashy toy. 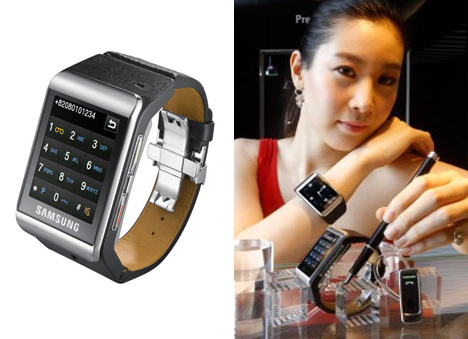 The Samsung 9110 is a little less bulky, a little less pricey (about $639 after conversion), but has a little less memory (40MB vs. LG’s 2GB). The scratch-resistant glass, stainless steel body and real leather wristband look nice, but still has the issues inherent with any phone you wear on your wrist. It also features a touch screen in that awkward size between “small enough to fit on a watch face” and “big enough that I can actually use it.” But if the watch phone happens to be your thing, you could do worse than the Samsung.

See more in Phones & Mobile or under Gadgets. December, 2009.