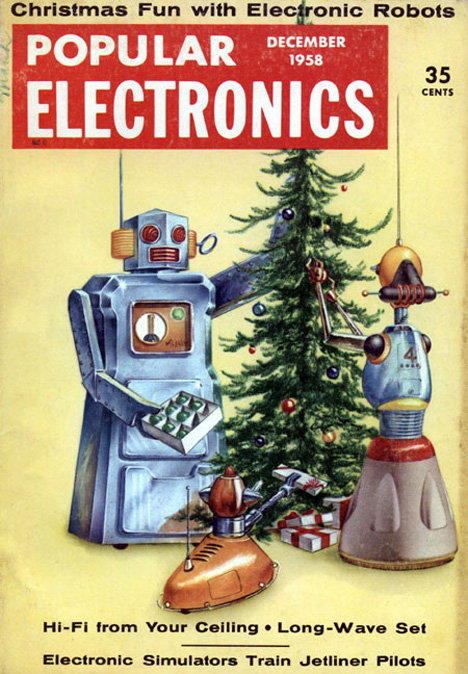 In the middle of the industrial revolution, when the world suddenly seemed to get much, much smaller, it seemed that we would never stop making discoveries and advances at breakneck speed. We fully intended to have robot servants and live on moon colonies by this time. While science and technology haven’t quite taken us there yet, we do live in a pretty amazing time. These six retrofuturistic illustrations remind us that, just 40-50 years ago, we thought the world would be ours for the taking by now. 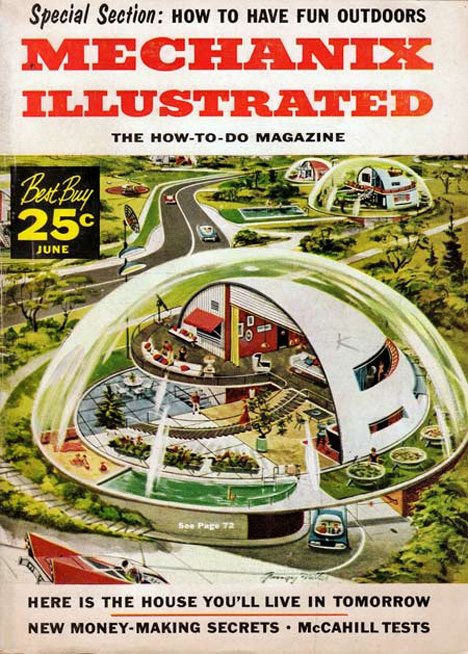 Futurists expected that 21st century people would no longer live in houses and neighborhoods the way that we did then (and still do). They envisioned a suburban life with a privacy-free “dome sweet dome” for every family. While Americans did shift to the suburbs for a while, the 21st century has brought a mass exodus right back to the cities our parents and grandparents tried so hard to escape from. 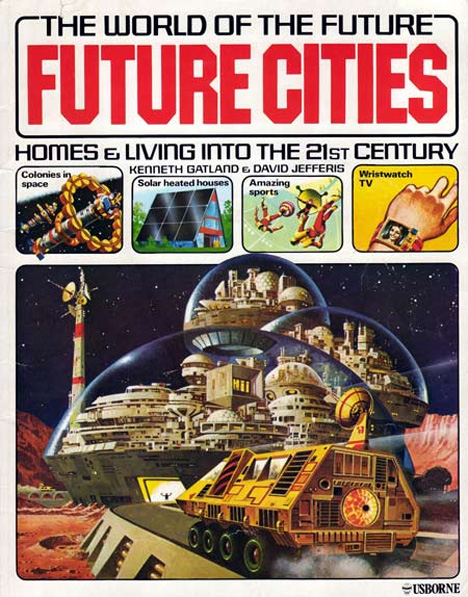 Interestingly, many futurists were predicting that we’d live in space before we even made it to the moon. As it happens, space living is still far too expensive and full of difficulties to make it possible on a large scale, but some of the predictions in this illustration were accurate. Solar heated – and solar powered – homes are pretty common today, and Sony has been working on a flexible OLED screen that could be used for wristwatch TVs. We still don’t have the zero-gravity sports, unless you count Quidditch. 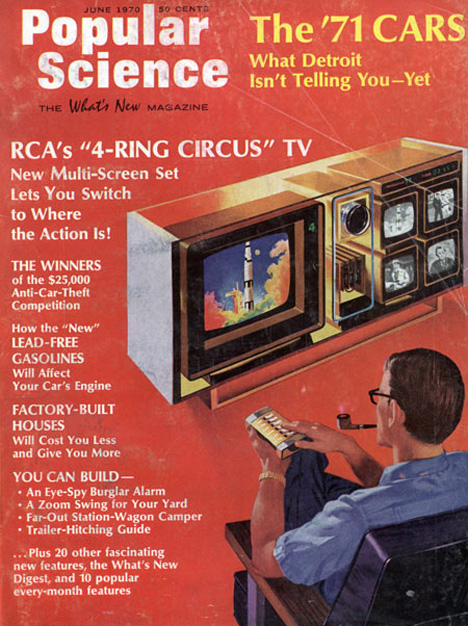 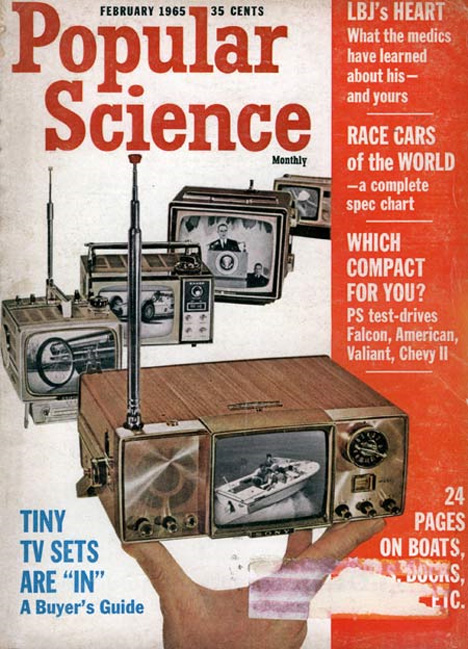 Beginning in the 1950s, the television was a status symbol for American households. It spoke of the country’s technological know-how and of the individual family’s wealth and modernity. It’s no wonder, then, that new and unusual TV designs were seen as the ultimate in futuristic gadgets. 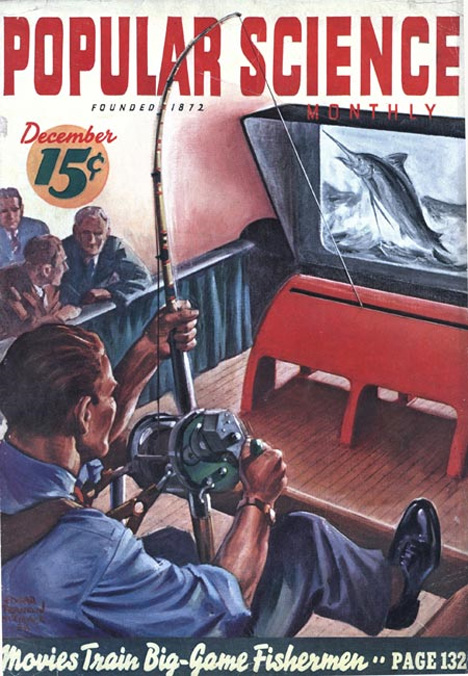 The home entertainment industry has gone in directions that no one could have guessed 60 years ago. We now have video game systems in our homes that are more powerful than NASA’s first computers. This illustration shows a surprisingly accurate prediction for the future of home entertainment. The man in the picture is playing a fishing game with a controller that presumably gives him real, tangible feedback on his form. Today, games like Sega Bass Fishing let you cast and reel with realistic motions.

See more in Aged Adverts or under Vintage & Retro. December, 2009.