10,000+ Subscribers
Calling All Spirits: DIY Spooky Spirit Radio for Under $30 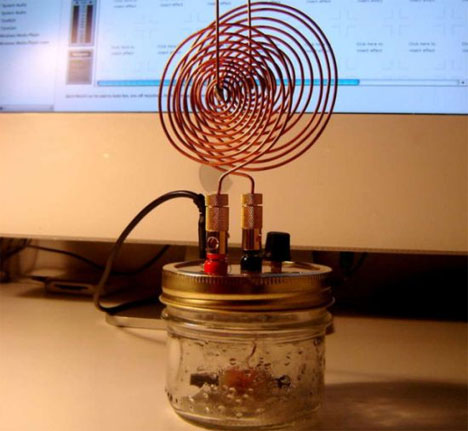 When Nikola Tesla experimented with his radio broadcast gadgets, he was weirded out by the bizarre sounds he picked up from atmospheric electromagnetic fields. He is reported to have said of the experience: “My first observations positively terrified me as there was present in them something mysterious, not to say supernatural, and I was alone in my laboratory at night” (from a 1901 article). The spooky sounds emanating from Tesla’s radio sound like the mournful wails of lost spirits, which is why this Instructable showing how to make your very own Tesla Spirit Radio is so handy for Halloween. Slap a few inexpensive bits together and spook your friends with the scary sounds of the world around us.

According to Instructables submitter mrfixits, this Spirit Radio will cost you less than $30 to make at home. Using computer software like Audio Hyjack Pro gives you even more control over the creepy sounds emanating from your homemade gadget and even let you record them. The video above gives tons of examples of the scary noises you can capture coming from this simple crystal radio circuit in a jam jar.