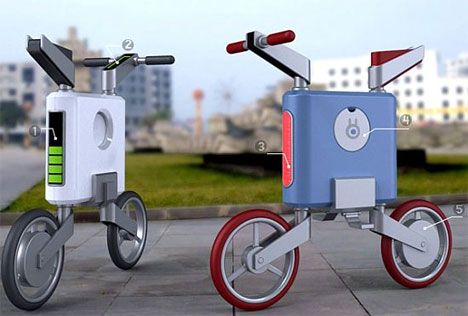 It seems that just about every designer in the world has the same answer for easing urban congestion: put city dwellers on electric bikes. This concept, called Patrolman, was dreamed up by Renfei Bai and Likun Zhen. It’s not only all-electric; it’s charged by solar stations that would be built in strategic locations all around the city. 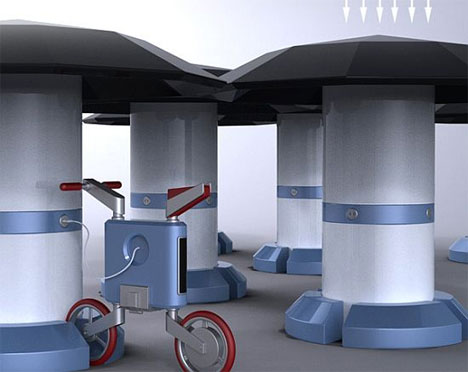 The compact bike includes a GPS, headlights and a battery indicator in its briefcase-like body. Perhaps the name is a reference to how useful electric cycles would be to the police force – or maybe it’s simply an allusion to the safety of the bright lights incorporated on the front of the bike. The design was an entry in Designboom’s Seoul Cycle Design Competition 2010. 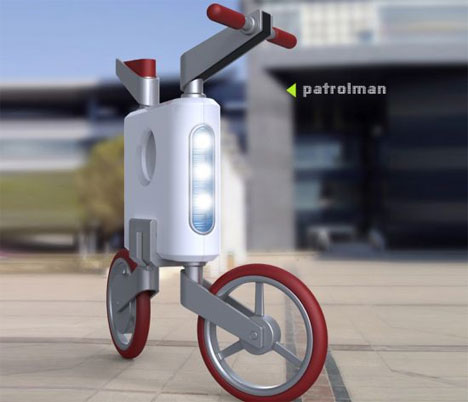 While electric cycles might be the future of urban transportation, the seemingly-endless designs out there all tend to look the same after a while. The Patrolman has a distinctive look that might help it stand out in a crowded field, but the designers would definitely have to do something about that painful-looking seat before marketing this futuristic concept bike in reality.

See more in Bikes & Cycles or under Transportation. December, 2010.