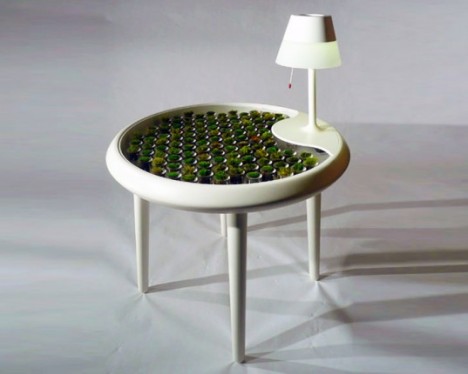 Bio-Photo-Voltaic (BPV) is a bit of a mouthful, but it may mean a radical new way to energize not only your everyday devices and appliances but perhaps your whole home through a green moss roof as well. 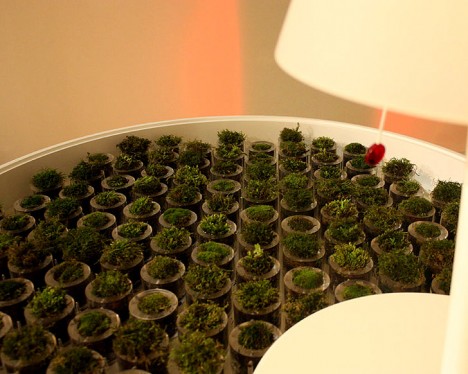 In this particular application, “electricity is generated from the electrons captured by conductive fibers inside the moss table. The technology turns energy that would otherwise be wasted in the photosynthesis process into power that can be put to practical use. The ‘moss pots‘ in the table act as bio-electrochemical devices converting the chemical energy into electrical energy using biological material such as algea, cyanobacteria, and vascular plants.” 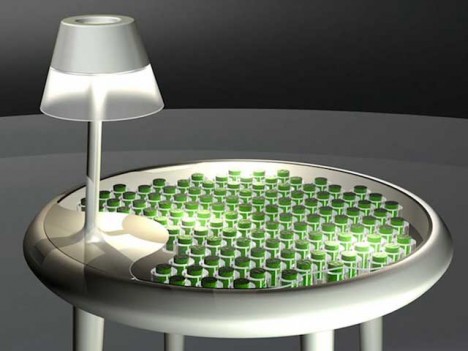 This project by Biophotovoltaics is still very much in its infancy and not yet commercially viable as such, but the concept shows promise in terms of both providing power and greening spaces. For now the target is small: generating enough energy for, say, laptops of desk lamps, but future iterations could find much broader applications, turning walls, roofs, yards and gardens into new sources of power. 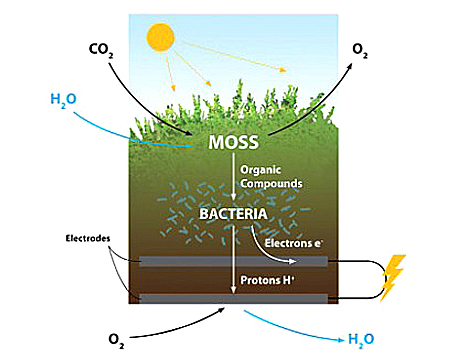 More details from its creators: “Photosynthesis is a process by which plants and algae convert carbon dioxide from the atmosphere into organic compounds using energy from sunlight. The plants use these organic compounds (like carbohydrates, proteins and lipids) to grow. When the moss photosynthesises it releases some of these organic compounds into the soil, which contains bacteria. The bacteria break down these organic compounds, which they need to survive, liberating by-products that include electrons. These electrons are captured by conductive fibres inside the Moss Table and put to use. In this way the devices harness energy which would otherwise be wasted. This is achieved using an array of 112 ‘moss pots’, which are bio-electrochemical devices. This means that they convert chemical energy into electrical energy using biological material. Each one generates a potential of about 0.4-0.6 volts (V) and a current of 5-10 microamps (µA).”