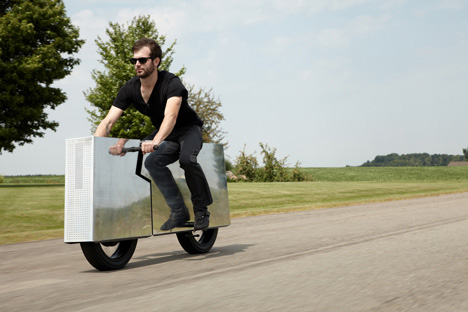 People who say they ride a motorcycle purely for transportation and not to look cool are lying. Everyone with a motorcycle likes looking cool rolling around on their sweet machine, and if they deny it feel free to show them the Moto Undone. This minimalist motorbike takes away everything that’s traditionally cool about a motorcycle and makes this two-wheeled transportation all about utility. 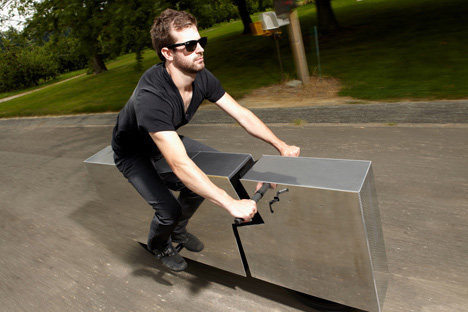 Just like their previous stripped-down hipster bicycle, the Moto Undone from J.Ruiter breaks down an icon to just one of its elements. The Inner City Bike was all about form and not so much about function, but the Moto Undone is all about the function and ignores the form. It is more or less a large metal box with wheels, handles and footrests. And it looks mighty uncomfortable to ride. 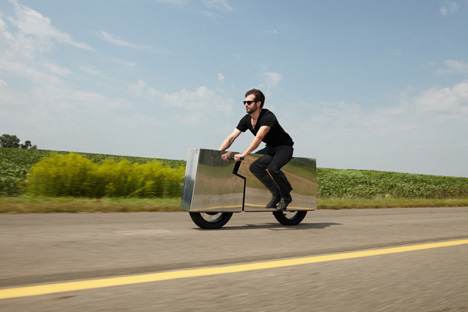 According to the designer, the Moto Undone was meant to be “not very cool.” But when the reflective surface makes the cruising bike nearly invisible on the road, the rider seems to float, which is extremely cool. The electric motorbike has a range of 90 miles, which will hopefully get you far enough to stock up on black t-shirts and goatee combs.

See more in Bikes & Cycles or under Transportation. October, 2011.