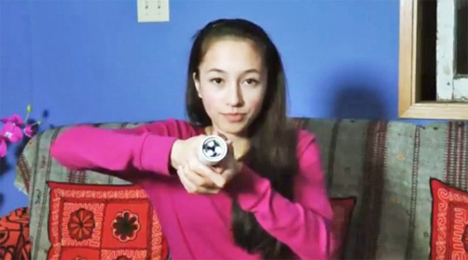 Remember that potato clock you made for your high school science fair? Apparently, the bar has been raised quite a bit. Ann Makosinski, a 15 year old student from Canada, made a flashlight for her science fair project – a flashlight powered entirely by the body heat of the hand holding it. To be fair to the rest of us, though, this wasn’t any old science fair; this was the Google Science Fair, a global competition that brings out the best and brightest in the 13 to 18 age range.

Makosinski used Peltier tiles to create the flashlight. These tiles produce electricity when they are heated on one side and cooled on the other. A temperature difference of just five degrees is enough to power the LED bulb on the Hollow Flashlight. When the ambient temperature is colder, the flashlight will receive more power from the user’s body heat and provide more light. The average amount of electricity generated by palm heat was about 57 milliwatts in tests, and only about half a milliwatt is required to light the LED. 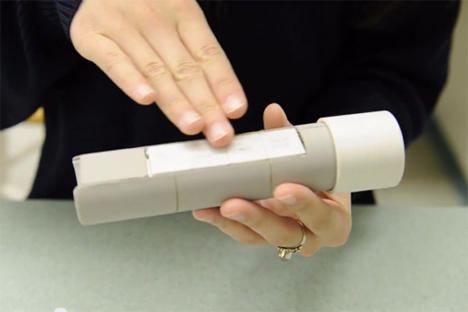 The Peltier tiles are arranged around a hollow aluminum tube – hollow so that the inside can receive air that will cool the backs of the tiles. In tests, the flashlight worked for around 30 minutes, but its useful time could vary widely depending on ambient temperatures. If the flashlight were ever to be mass produced for sale, Makosinski says that she would make some tweaks to her prototype design to make the light more durable and efficient. 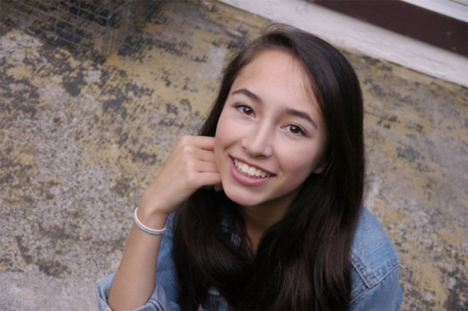 Part of Makosinski’s inspiration for the project was her desire to reduce the use of disposable batteries. These single-use power sources are toxic and can leak harmful chemicals into the ground. But her invention can also be priceless in parts of the world where access to electricity is scarce. The inventor’s interest in harvesting sustainable energy that would ordinarily be wasted won her a $25,000 scholarship from Google.