10,000+ Subscribers
Behind the Wild Things: How the Monsters Came to Life Since its U.S. opening on October 16th, Where the Wild Things Are has gained massive praise from moviegoers and industry experts alike. The story is sweet and touching, the music is spot-on, and the monsters…well, the monsters are like nothing we’ve ever seen. And, as it turns out, their production was ratherÂ  unprecedented. Director Spike Jonze had a very specific vision for the Wild Things, and he knew that conventional methods wouldn’t be enough to bring the large creatures to life. He enlisted a virtual army of artists and technical specialists who spent a truckload of time developing the Wild Things into the lovable, terrifying, magical creatures in the finished product. 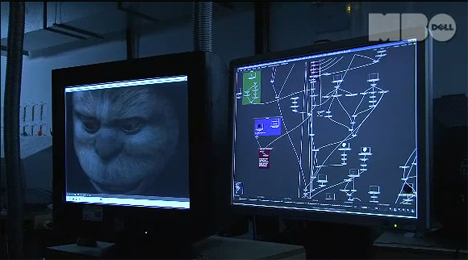 The filming of the movie was only one part of the long road it took to the theaters. After filming wrapped, some 300 artists, technicians, and producers started the monumental task of going over every single frame to create the incredible monsters. Their innovative technique involved combining traditional film with computer generated images to give life to the creatures’ faces. The result was a marvel not only of filmmaking, but of technology as well. The creatures look completely organic and lifelike, and more realistic than any movie monsters before.

The short film above, from the always-impressive Motherboard, explores the magic that went into creating one of the most incredible films in recent memory. The crew spent 2-3 weeks on every 8-10 seconds of film, laying CGI over the film images to achieve the otherwise-unattainable expressiveness of the monsters. Hearing Jonze talk about the production, it’s clear that this labor of love has been worth every moment spent hunched over a computer workstation, painstakingly reviewing every last second of footage.

See more in Digital Design or under Technology. November, 2009.