10,000+ Subscribers
Artificial Self-Healing Muscles as Strong as Biological Ones 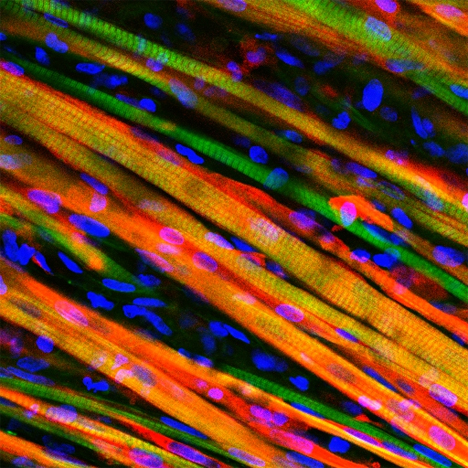 The researchers damaged the muscle by exposing it to a toxin found in snake venom. They then implanted the muscle inside a mouse and installed a “window” in the mouse’s skin to monitor how the muscle was integrating and changing inside the animal’s body. Biological muscles have cells on reserve, waiting to jump into action when the muscle is damaged. The researchers had to create a similar set of “satellite cells” and then watch to see if they would heal the injured bio-engineered muscle.

The muscle fibers were engineered to produce fluorescent flashes to make it easier for the researchers to gauge the rate of the muscles’ growth and strengthening. As they watched through the glass window on the backs of the mice, they witnessed the muscle tissues repairing themselves much in the same way biological muscles do. Next up for the researchers: working to repair biological muscle injuries and diseases with artificial muscles.

See more in Cybernetics or under Technology. April, 2014.