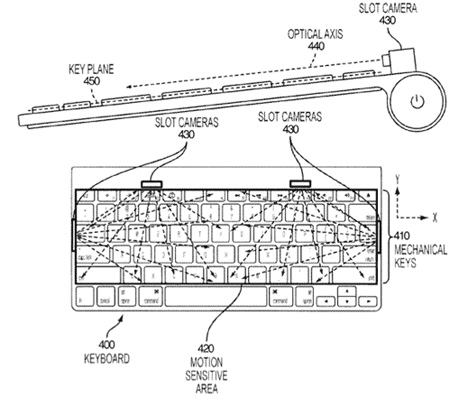 Space scarce on your work surface? A recent patent from Apple could solve your woes: the company has patented a keyboard with motion-sensing cameras that will make mice and trackpads obsolete. There aren’t many details available, but the patent drawings show a keyboard with four cameras that would track hand movement much in the way that a trackpad would. 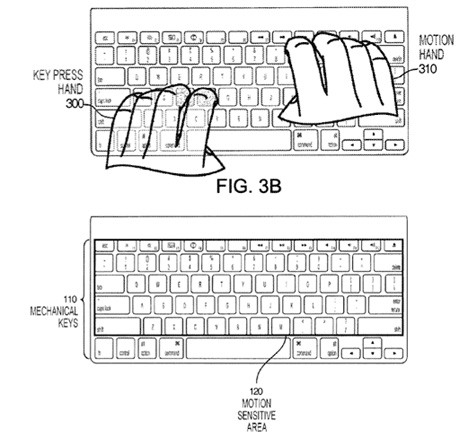 The drawings also suggest that you would be able to continue typing/pressing keys with one hand while using the other to move the cursor or scroll in an open window. One specific key would allow you to toggle between input mode and navigation mode so that your typing gestures wouldn’t accidentally interfere with your navigation. As cool as this patent is, it makes us wonder how many people would be willing to give up their well-loved methods of input for a new futuristic interface like this one. Of course, if it has the Apple name on it we expect to see mile-long lines at the Apple store the day it’s released.

See more in Computers or under Gadgets. March, 2011.