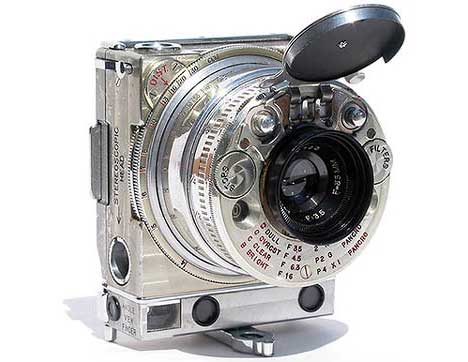 In the 1930s, this beautiful gadget was at the pinnacle of technological achievement. It’s a tiny 35 mm camera, small enough to fit in the palm of your hand but so finely made that it could produce high-quality photographs. And even more impressive was the fact that it included a large number of features in such a tiny amount of space. Accessories which were normally separate from the body of the camera – like a right angle finder, range finder, spirit level and filters – were all integrated into the design.

The Jaeger LeCoultre Compass camera was designed by English inventor and Member of Parliament Noel Pemberton Billings. It was notably much smaller than comparable cameras of its day, but not prohibitively expensive: only £30 when the product was launched in 1937. But just around 4,000 units were sold, making it extremely rare today. These days, a Compass can fetch around $2000. 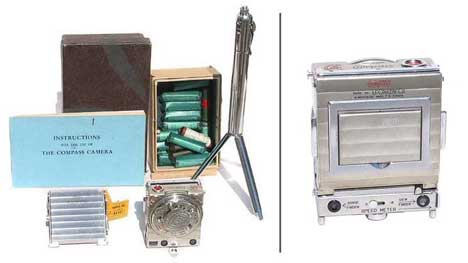 The Compass was hailed as a scientific approach to photographic technique, but just as easy to use as a clock. It was meant to be used with glass plates, but an attachment could be purchased that would make it possible to use 35mm roll film (without the customary cassettes). It came with a standard tripod and cable release, which understandably weren’t included in the camera’s body.

See more in Antique Gadgets or under Vintage & Retro. February, 2010.