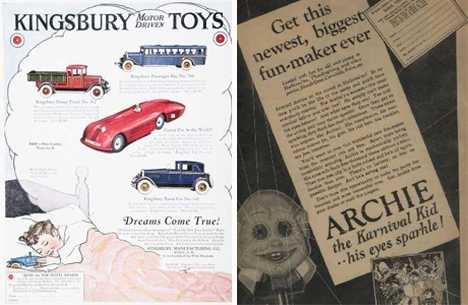 Remember a simpler time, when kids’ wish lists were full of toy trains instead of laptops? When they lusted after Lincoln Logs and tin airplanes rather than insisting on the newest, greatest cell phone? Well, neither do we. But we’re told it was a magical era, and these vintage toy ads seem to back that up. The above ads from the 1920s are singing the praises of motor-driven electric cars (which must have been top-of-the-line toys at the time) and a horrifying “toy” called Archie the Karnival Kid with eyes that threw sparks. These days, we’d call that a “weapon.” 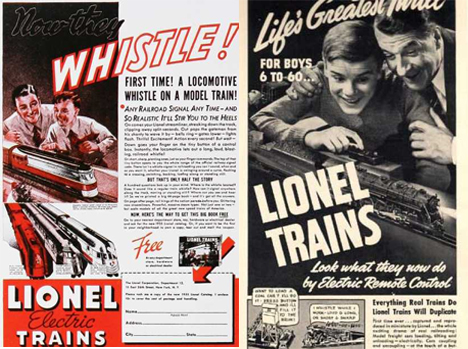 Toy trains were a big thing for kids of previous generations, as these ads from the 1930s shows. They promised to do everything a real train could do, plus they ran on “electric remote control.” 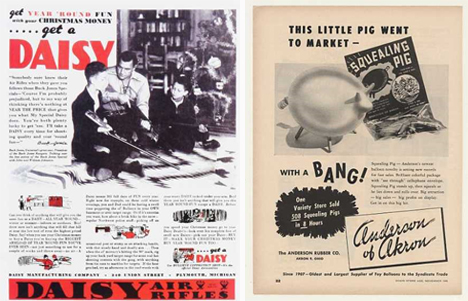 These are two toys you aren’t at all likely to see pitched to kids today. The first, a Daisy air rifle from the 1930s, was all the rage among the under-16 crowd decades ago, but today most parents are a little too protective of their kids (and rightly so) to let them run around shooting things. The second is a Whoopie cushion knock-off from the 1940s. Why wouldn’t you see this today? Two words: iFart Mobile. 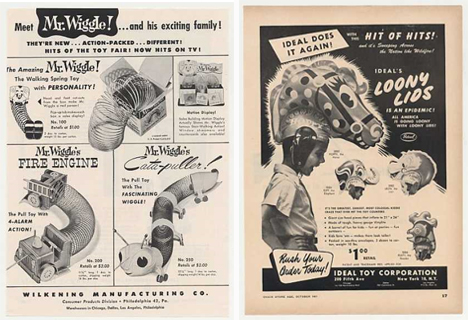 Ahh, the 50s. Television hadn’t yet taken over for imaginations, and kids were still playing more than sitting in front of the tube. And what captured their attention? Slinky knock-offs and funny hats with inflatable animal heads attached. 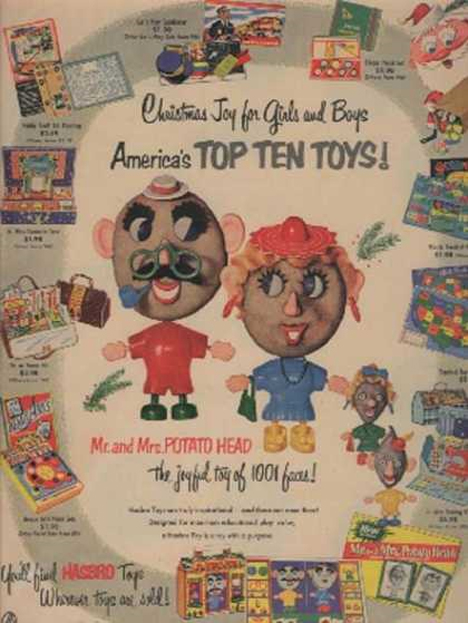 And finally, for fans of Mr. Potato Head, you’ll be happy to know that, at least in 1953, Mr. and Mrs. Potato Head actually looked a little like real potatoes – and their 1001 fans agreed.

See more in Aged Adverts or under Vintage & Retro. January, 2010.