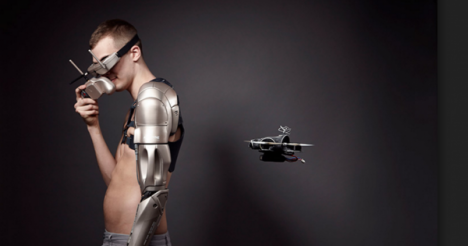 When avid gamer James Young lost his arm, he became despondent, but, thanks to Konami, he has now been outfitted inspired by the game Metal Gear Solid and boasting a dazzling array of futuristic features. 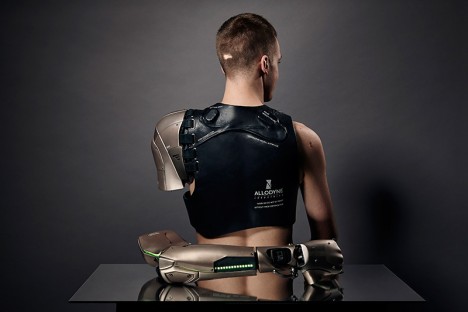 Costing around $100,00 the carbon-fiber replacement limb moves in response to muscle signals, allowing him to lift and carry objects but also employ its screen, flashlight, USB phone-charging port and (best of all) deploy a battery-powered drone attached to its side. The prosthesis weighs about ten pounds and is supported by a harness strapped to his body. 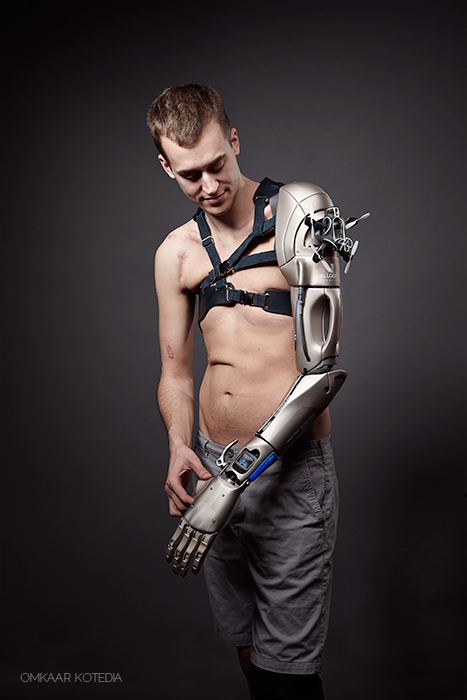 “Once I had read a great line which stuck in my head on a website where a prosthetic user said ‘I want to take off my limb and leave it in a room, and people will recognise it and know that belongs to me. It reflects part of my personality’. I totally connected with that idea as a biologist, knowing that all parts of our bodies can be recognised as being ours by our unique DNA, so why not add a personal stamp to our artificial limbs.”

See more in Cybernetics or under Technology. April, 2016.