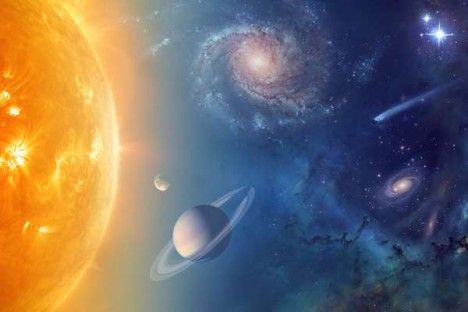 The idea of oceans on other celestial bodies orbiting our sun was once very much a thing of mystery, and a big deal in the case of Mars, but we have since discovered numerous surprising bodies of water on dwarf planets and planetary moons.

Water, particularly in liquid form, is critical to life as we know it, making such discoveries by probes and other robotic explorers all the more important to humanity. A NASA chief scientist was recently so bold as to claim the following at a conference: “I believe we are going to have strong indications of life beyond Earth in the next decade and definitive evidence in the next 10 to 20 years.”

Nor are extreme conditions necessarily life-prohibitive: “life, at least the simplest forms, may survive in more environments than once believed. Indeed, even on Earth, life is ubiquitous, from scalding volcanic vents to frozen wastes. And we may not, as it turns out, need to travel light years to find extraterrestrial oceans or observe our first alien life forms. The proverbial backyard may suffice.” Even at great distances from our planet, on cold spheres like Europa, liquid water can be found thanks to heat energy and friction. Whether we will find more than building blocks and elementary life within (or beyond) our star is hard to say, but news of known extraterrestrial life may indeed not be too far away.