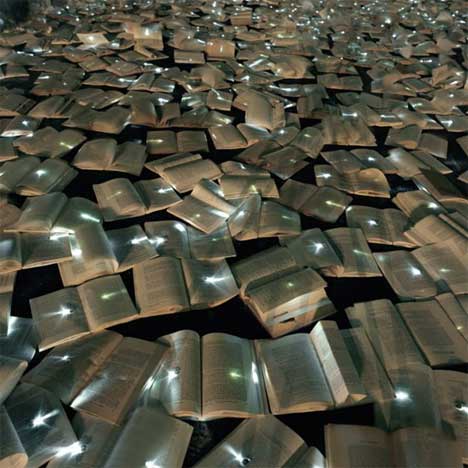 How often to literature, art and technology collide? They did recently in Brooklyn when Spanish design group Luzinterruptus staged a space intervention involving 800 books, small LEDs and Water Street in New York. The group opened the books, placed an LED in each, and left them in the middle of Water Street for passers-by to stop, read and even take one if they were so inclined. 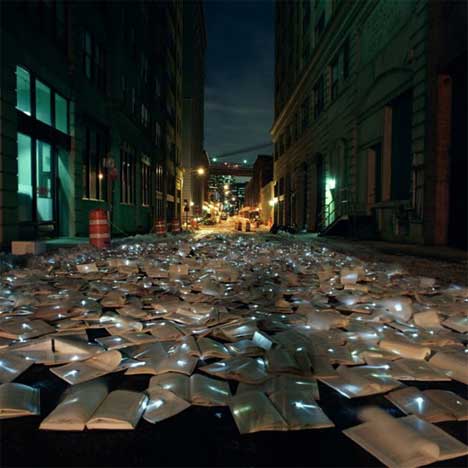 According to the group, the installation was an attempt to inject a bit of peace into the chaos that ordinarily occupiesÂ the space. The soft light coming from the books gently lit the area and provided an almost-ethereal feeling where normally there is noise, pollution and confusion. 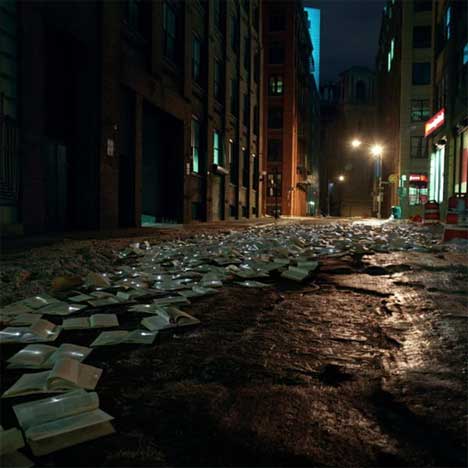 In Luzinterruptus’ explanation of the project, they explained that their goal was to help literature seize the streets and provide pedestrians a way to help the written word conquer the normal state of the city – at least temporarily. The group hopes that the installation will in some way recycle itself as people who take books tell the story over and over.

See more in Art of Tech or under Technology. February, 2010.