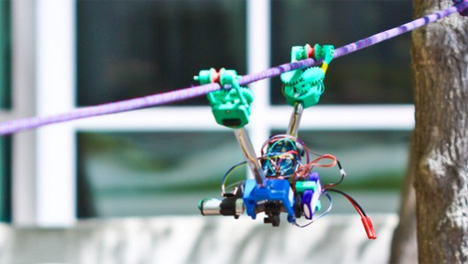 Power line maintenance isn’t something the average person thinks about very often, and with good reason. As long as the juice gets to our house, we tend not to care too much about how it got there. But it’s kind of a big, important deal to make sure that power lines are in good repair, and this is done constantly by utility companies. The equipment that they use, though, is big and expensive.

Researchers at the Coordinated Robotics Lab at the University of California, San Diego invented a much smaller, much cheaper device that will crawl along power lines looking for damage. It’s called the SkySweeper, and the adorable-looking little robot kind of inches along with its “hands,” both of which are equipped with clamps that open and closed as needed. 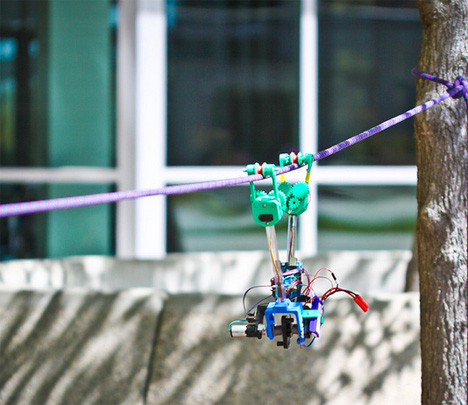 The SkySweeper currently gets its power from a little battery. But in future models, induction coils in the bot would get electricity from the power lines themselves, allowing it to stay out in the field doing its job for months at a time. The ‘bot is made of off-the-shelf electronics coupled with 3D printed parts, bringing each unit in at a cost of just under $1000.

See more in Robotics or under Technology. April, 2013.