This dynamic braille-screened smartwatch dynamically raises points (or: dots) above its surface, allowing the blind to read text messages or translate webpages right on their wrists.

Sleekly designed like other hot smartwatches on the market, the Dot can show up to four characters at a time at customizable speeds, representing a dramatic change from clunky USB-plugged computer adapters and potentially distracting text-to-voice translators. 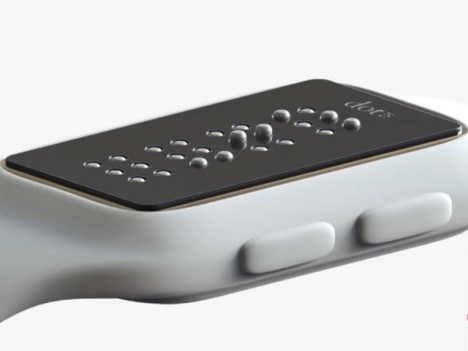 The Dot is just 1/20th of the size of these traditional terminals and 1/10th of the cost. A new type of actuator makes it possible to present braille with much less technological baggage (and cost). Oh, and it tells the time too. 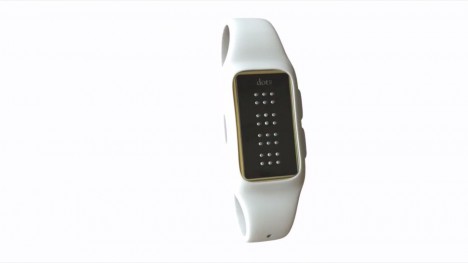 Dots, the South Korean startup behind the device founded by four design and technology students, aims to release this gadget for just a few hundred dollars, much cheaper than traditional braille conversion devices and of course much more portable as well. “Until now, if you got a message on iOS from your girlfriend, for example, you had to listen to Siri read it to you in that voice, which is impersonal. Wouldn’t you rather read it yourself and hear your girlfriend’s voice saying it in your head?”

See more in Clocks & Watches or under Gadgets. August, 2015.