10,000+ Subscribers
Zero-Calorie Caffeine Spray Wants to Get Under Your Skin 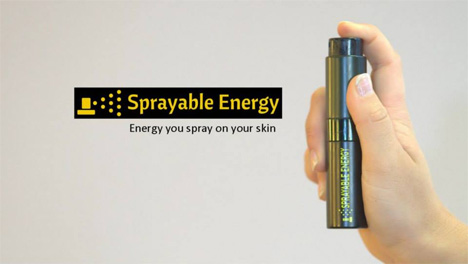 Product developers are always thinking of a new way to get caffeine into your bloodstream. The amount found in coffee became boring, so next was ‘energy’ drinks with the caffeine equivalent to three cups of coffee. This was a lot to stomach (including the massive amounts of sugar), so next came energy ‘shots.’ From there it got a bit out of hand – talks of caffeinated food were thrown around, and inhalable caffeine  became the pinnacle…until now. 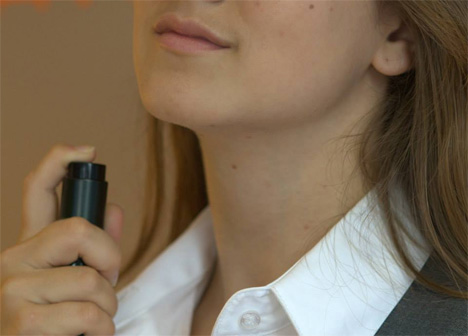 Sprayable Energy is the first caffeinated topical application. A colorless, odorless liquid, the spray is pure caffeine and is delivered by combining it with tyrosine, “a naturally produced amino acid.” After making the jump from the small spray bottle, the caffeine seeps through your skin to give you the boost you need. 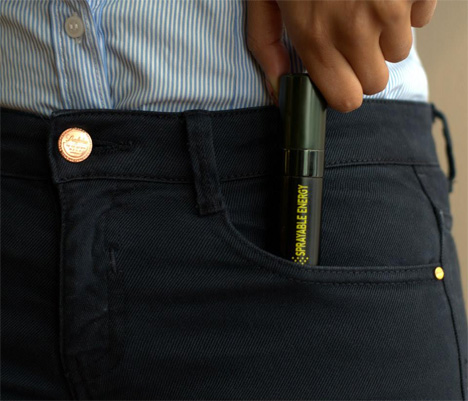 Purported benefits include zero calories, money saved by no longer having to buy $4 energy drinks, no coffee-stained teeth, and no ‘coffee breath.’ Each container holds around 160 sprays. Ben Yu and Deven Soni, the team behind the innovation, took their idea to Indiegogo to raise funds and shot past their monetary goal in no time.

See more in Home & Personal or under Gadgets. September, 2013.