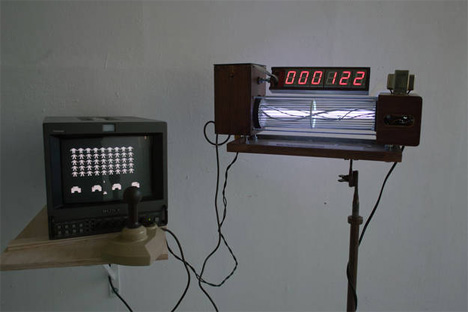 Afterlife from Hsien Yu Cheng is a video game installation that plays on our ideas of life and its value. The game, named “Life Invader,” is attached to a bug zapper – the kind of contraption that kills insects with a sudden blast of electricity. Every time a bug is killed by the zapper, one more “life” is added in the video game. Players who run out of lives have to wait for more insects to wander into the trap. 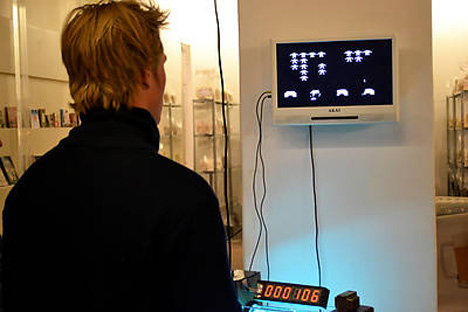 In a way, the game offers the unfortunate insects a type of artificial afterlife. They go on living for a short time in a virtual environment as the player manipulates the game. 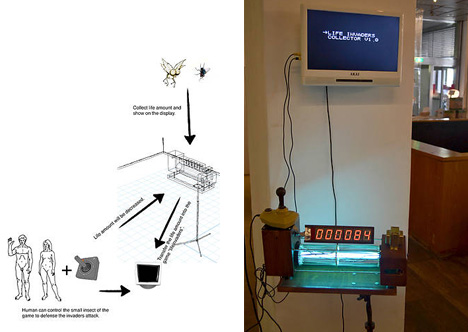 The insects used in the game are tiny fruit flies which are attracted by nearby food sources. The creator of the installation says that he wants to reduce and then magnify the scale of life, indicating that life is life no matter the size. By that logic, however, we might expect that the installation would respect those insects’ lives by not killing them in the first place. But perhaps we’re missing the point.