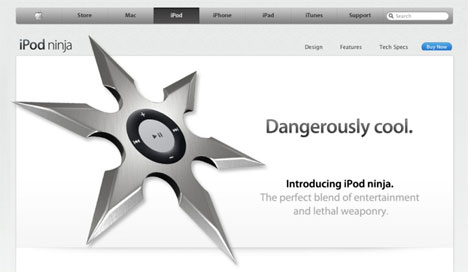 Near the end of 2010, a news story circulated that Apple CEO Steve Jobs was stopped at a Japanese airport and stopped from taking some ninja throwing stars on board his private jet. Although Apple’s PR people dismissed the entire report as complete fiction, that didn’t stop the team at Scoopertino from coming up with a hilarious new Apple concept product based on the alleged incident. 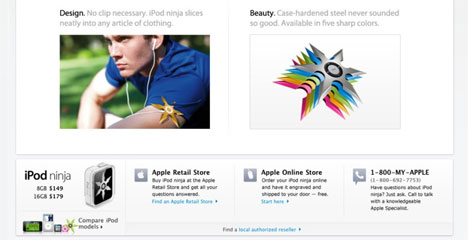 According to the spoof Apple news site, the ninja stars in Jobs’ luggage were actually secret new prototypes of an as-yet unannounced iPod. With its classic iPod functionality and the signature sharp points of a ninja throwing star, the iPod Ninja is “The perfect blend of entertainment and lethal weaponry.” And thanks to its razor-sharp spikes, there’s no need for a case: simply push the spikes through your clothes to keep the MP3 player where you need it. 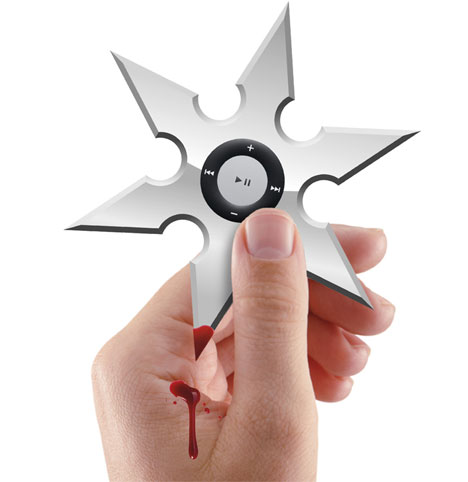 The wild product concept is, of course, just a joke. But it just goes to show that when it comes to insane innovators like Apple, we’re tempted to believe just about anything, no matter how crazy it is.