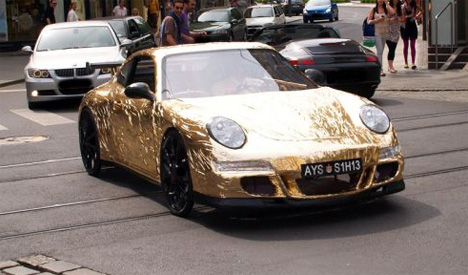 Getting stuck behind a car going super-slowly is frustrating under normal circumstances, but getting stuck behind a Porsche crawling along at 10 MPH? Well, that is just infuriating. Or at least it would be until you realize that the Porsche you’re stuck behind is no regular sports car: it is a pedal-powered Porsche 911 clone, affectionately dubbed the Ferdinand GT3 RS, or the World’s Slowest Porsche. 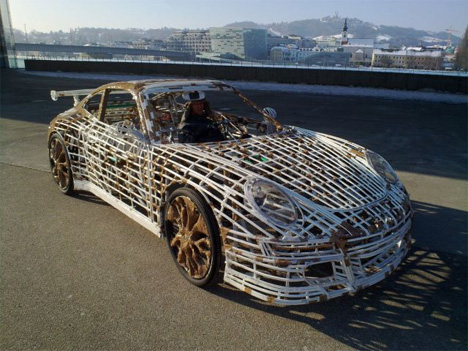 Built by Austrian mastermind Hannes Langeder over the course of a year, the Porsche 911 look-alike is built on a skeleton of steel and plastic tubing. The foundation is covered with a skin of gold foil and packing tape, completely hiding the fact that the vehicle isn’t propelled by a powerful engine, but instead runs on Flintstones power: the leg muscles of the driver. 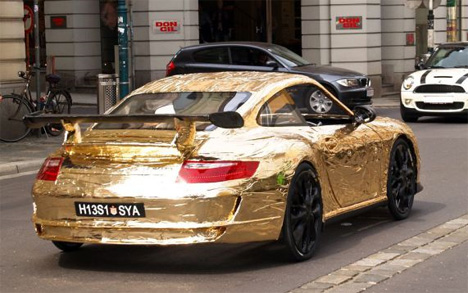 The fake automobile cost about as much as an actual car to build (over $17,000) but weighs only less than 220 pounds. Granted, you probably won’t get as many dates in this contraption as you would in an actual Porsche…but you would be able to feel good about yourself knowing that you’re looking awesome while tooling around in an eco-friendly ride.

See more in Mods & Custom or under Transportation. February, 2011.