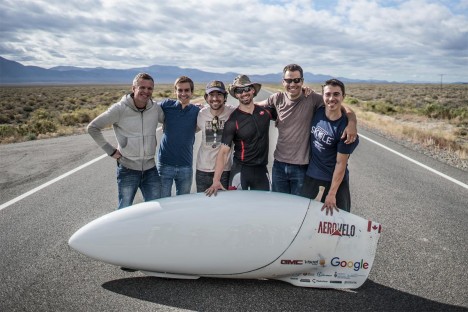 Looking like some kind of next-generation kayak, the Eta speedbike with pilot Todd Reichert now holds the global record for fastest human-powered vehicle.

He and the team of AeroVelo competed in the World Human Powered Speed Challenge, where serious cyclists tuck in and try to beat previous records. They ramp up over 5 miles before hitting a stretch of ultra-flat pavement for 600 feet – the key strip of road is repaved each year to make it as smooth and level as possible. 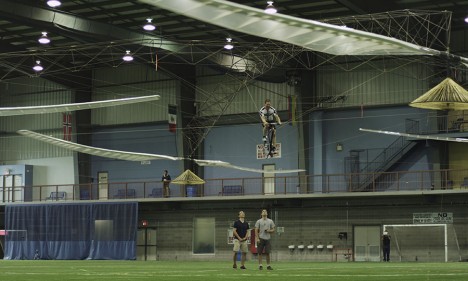 “If you were to describe what the team at AeroVelo does, “human-powered world firsts” would be a fair answer. The team’s Snowbird ornithopter (flapping wing craft) managed a world-first 19-second self sustained flight in 2010. In 2013, the crew would bag the coveted Sikorsky prize, which required a controlled human-powered helicopter to fly for one minute. The land speed record, therefore, was the next logical prize.” 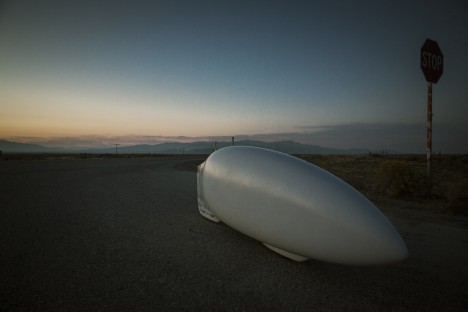 From their website: “Advances are made by pushing limits. We are limited only by the power output of the human body. This forces us to approach each challenge from the perspective of conserving energy and creating the most efficient vehicle possible.”

See more in Bikes & Cycles or under Transportation. December, 2016.