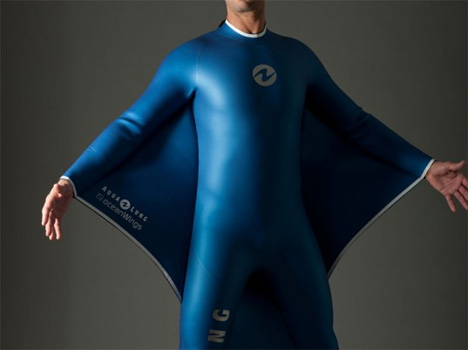 With the exception of Aquaman and possibly Jacque Cousteau, humans cannot swim well underwater. And how can we with such primitive equipment? Flippers are impossible to use; I can’t stand idiots who constantly talk about scuba diving. Is there any hope for us who have yet to explore the sub-aquatic kingdom? 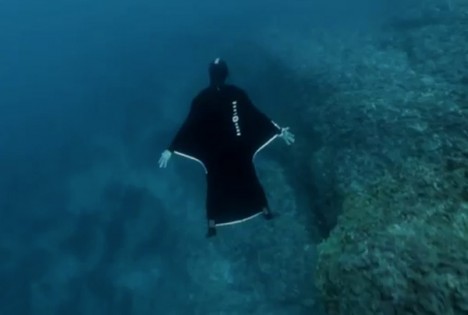 What’s that, designer Guillaume Binard? You’ve invented a wetsuit which would allow me to fly underwater? Well, I can’t even do that on land yet, but sure, why not?

Partnering with Aqua Lung, Binard has created Oceanwings. This wetsuit has neoprene membranes that spread from the wrists down to the ankles and are meant to give the diver feelings of soaring through their submarine wonderland. 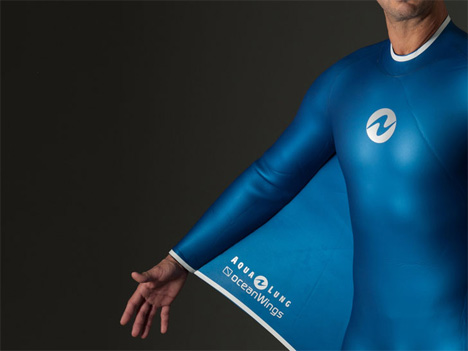 If it never becomes a financial success, at least Binard has created a new piece of apparel that LARP enthusiasts and Comic-Con nerds can transform into some sort of flying squirrel-themed superhero costume.

See more in Mods & Custom or under Transportation. May, 2013.