10,000+ Subscribers
Why Didn’t I Think of That? Ingenious Self-Stirring Pot 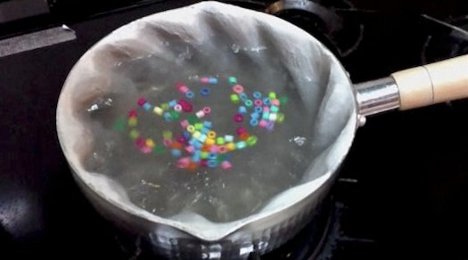 What does a dental office have to do with tomorrow’s spaghetti dinner? As it turns out, quite a bit. Japanese dentist Hideki Watanabe was playing around with dental plaster at work one day when he came up with a truly ingenious idea: the self-stirring pot. It works by adding sculpted spiral shapes to the inside of a regular cooking pot. As it turns out, that simple addition makes for a kitchen gadget that will almost certainly be the next big thing in kitchen gadgets.

As the water in the pot heats up and begins to rise, the ridges in the sides push the water around in a whirlpool motion. The uniquely-shaped pot makes the water boil faster and prevents it from boiling over. Because the water is in constant motion, food is less likely to stick. We can’t think of many things cooler than a self-stirring pot…except maybe a self-washing one.