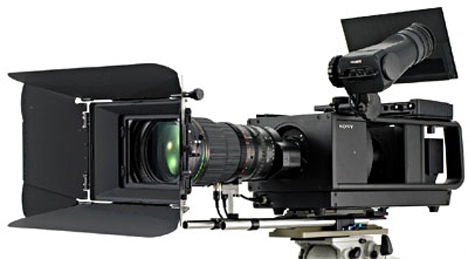 At CEATEC 2009, Sony debuted their revolutionary new camera. It may not look like much, but it’s the first 3D camera to sport just one lens. Traditional 3D cameras require two, and they have to be finely attuned to one another. The human eye is very discerning, and if the size or angle of images from either lens is even slightly askew, the whole thing looks wonky. Sony thinks they’ve solved that problem with the single lens. The single lens system uses mirrors to simultaneously separate images into left and right images; they are then sent to and recorded with separate imaging sensors. Since there’s not even a minute difference in time between the two images, it’s possible to film at much higher speeds than traditional 3D: up to 240 frames per second.

This might all sound great, but how do the pictures look? According to the crowd at CEATEC, it’s 3D, but it’s not thrilling. The depth of field looks a little strange, according to Dvice, because foreground images blur quickly when the focus is changed. Other viewers said that the images were much smoother than traditional 3D. One of the major benefits of this technology is that you can view it comfortably (without 3D glasses) in 2D and you won’t get a headache. It may look a little odd, but you won’t end up with a throbbing head. Although this camera is just the first prototype, industry insiders are already excitedly speculating that we may someday see sports matches from our living rooms in three dimensions.

See more in Camera & Video or under Gadgets. November, 2009.