10,000+ Subscribers
Who You Gonna Call? Ghost Busts You On Energy Usage 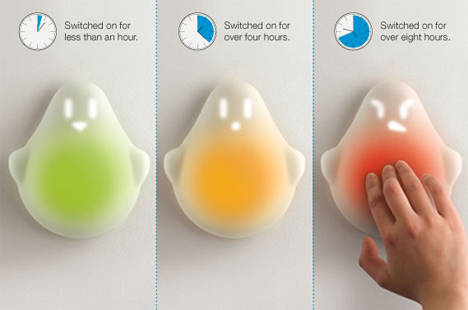 Energy conservation is an important subject, and one that kids should be aware of. While previous generations had to learn good habits later in life, we know enough about the effects of energy over-consumption now that we can teach today’s children to save energy from a young age. That’s the goal of this design from Tim Holley. He calls it Tio, and it’s a ghost-shaped light switch that gives kids a visual reminder of how much energy they’veÂ  used by leaving lights on. 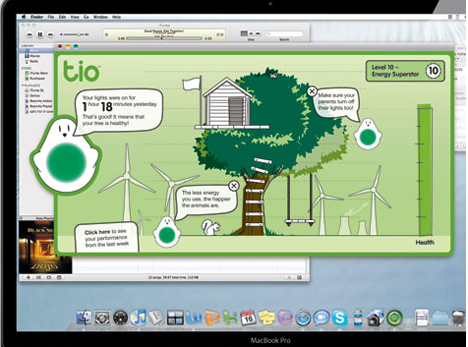 Tio starts out green and smiling. If the light is left on for more than four hours, he turns yellow and looks shocked. And if you dare to leave that light on for more than eight hours, sweet little Tio turns into a raging red hulk, complete with frowny mouth and angry eyes. But he won’t just visually remind your kids about their energy habits; information from the light switch is sent to Tio’s computer program so the entire family can see how they’re doing. In a brilliant piece of visual positive reinforcement, Holley’s program lets kids grow a “virtual tree” which gets bigger and healthier the more energy they save. 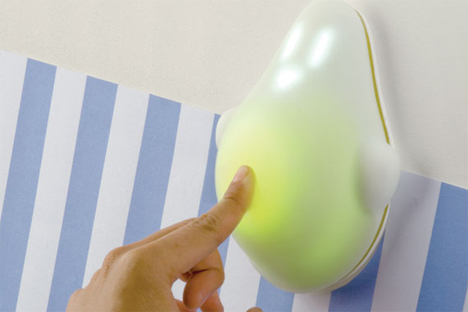 Holley’s design runs with the idea that conserving energy is a family affair. Parents who demonstrate care for the environment are likely to have children who also care for the environment. Using positive reinforcement like Tio could be just the personal-responsibility angle that gets kids interested in conserving energy. There is, of course, a target age group for Tio, but we can imagine even some adults would love to see this glowy green ghost on their walls.

See more in Home & Personal or under Gadgets. November, 2009.