10,000+ Subscribers
When Worlds Collide: Weird Tale of the Calculator Abacus 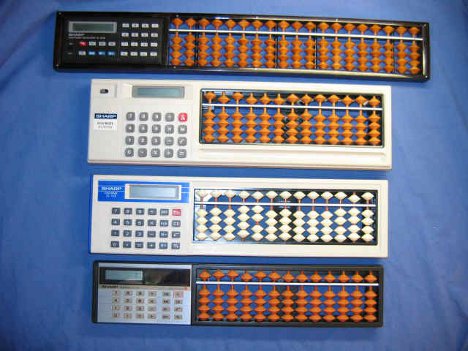 It seems that it is part of human nature to be somewhat suspicious of any new technology. This was certainly the case in the late 1970s and early 1980s when digital calculators were first introduced. In Japan, where the abacus had been used by everyone from schoolchildren to senior citizens for as long as anyone could remember, the new electronic gadgets were regarded with a special measure of suspicion. Out of that suspicion rose one of the weirdest gadgets ever: the hybrid calculator/abacus. 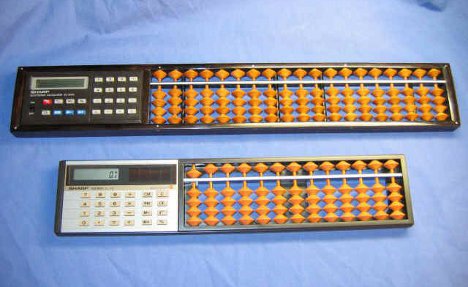 After centuries of relying on the abacus for every mathematical equation that couldn’t be figured out mentally, the Japanese people didn’t believe that these new machines could possibly compute accurately. Electronics manufacturer Sharp produced these two-in-one gadgets to give owners the best of both worlds. People who felt more comfortable with the abacus could use it for simple equations but move on to the calculator for more complicated problems.

The calculator/abacus gadgets were only sold for a few years, but they serve as an important reminder of how outgoing and incoming technology can overlap. We may be able to use both for a short time, to exist with both the old and the new in harmony, but eventually everyone has to choose a side. There are those who still swear by the abacus and those who use calculators exclusively, but we doubt there are many who still use an antique combination gadget like these.

See more in Epic Failures or under Vintage & Retro. March, 2012.