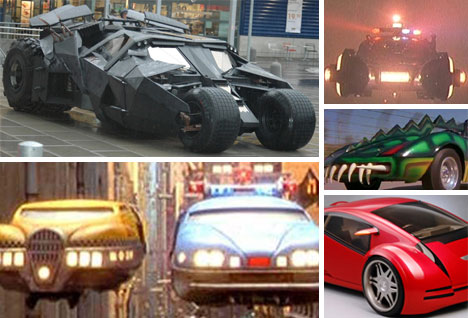 If there’s one thing you can always count on sci-fi movies for, it’s interesting cars. From the earliest days of science fiction, filmmakers have been coming up with amazing, unbelievable vehicles for their characters to drive around in. These are only a few of the most memorable sci-fi cars to grace the silver screen in recent years. 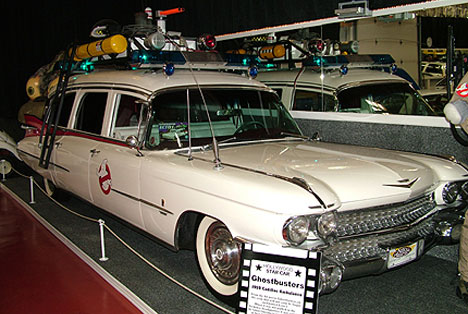 Converted from an old ambulance, the Ecto-1 was how the Ghostbusters team made their way to various supernatural emergencies in New York City. Although it required significant rebuilding in the movie before it was fit for serving the Ghostbusters’ needs, it turned out to be almost as popular with viewers as the brave team themselves. In the years since the first movie was released, the Ecto-1 has been the subject of countless geeky recreations. 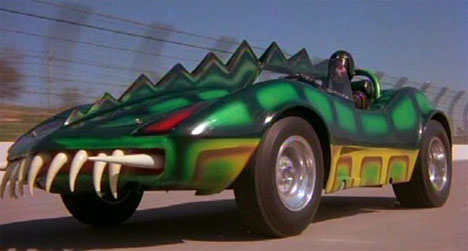 The original 1975 Death Race 2000 was panned by critics as being campy, over-the-top and full of gratuitous violence and nudity. The critics were right, but the movie still turned into a cult classic. Could it have been because of the unforgettable cars? The above gator car, driven by David Carradine’s character, was just one of the unbelievable tricked-out race cars featured in the movie.

The black Pursuit Special from Mad Max was one of those unforgettable movie cars that almost seems like a character itself. The car started life as a limited edition of a 1973 Ford XB Falcon Hardtop and later made an appearance in Mad Max 2: Road Warrior.

Blade Runner is constantly referenced as one of the most-loved sci-fi movies of all time. The futuristic police Spinners soared above the rooftops of 2019 Los Angeles in Philip K. Dick’s tale of androids and pain. The Spinners were actually built on top of the chassis of Volkswagens. 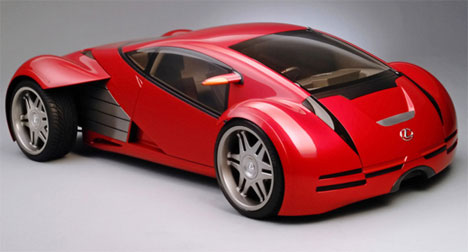 Minority Report, another movie based on a Philip K. Dick story, featured a well-developed concept for a driverless future transportation system. The cars were provided by Lexus and were guided around on a mag-lev track, just like bullet trains. The system allowed police to take control of any vehicle and have it deliver the occupant directly to the police station – a high price to pay for being able to read the daily paper while “driving” to work.

In the dark and gritty 2263 world of The Fifth Element, cars have little use for streets anymore. They zoom around far above the surface, even zipping up the sides of buildings. Besides commuter cars, police cars and taxis, the movie features a very cool floating Chinese food stand. 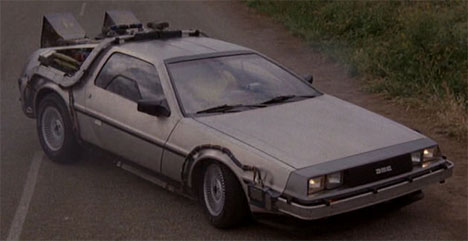 Of course, no list of the coolest sci-fi movie vehicles would be complete without a mention of the DeLorean from the Back to the Future movies. With its gull wing doors and aftermarket Flux Capacitor, the DeLorean suddenly became the coolest car on Earth. Sadly, by the time the first movie came out the short-lived DeLorean Motor Company had already ceased to exist.

The Tumbler from Batman Begins and The Dark Knight is a big departure from previous Batmobiles. It’s not a sleek, polished sports car, but rather a tough and sturdy tank-like vehicle. One of the coolest features, not seen until The Dark Knight, is the Batpod: a motorcycle formed from the front wheels of the Batmobile. 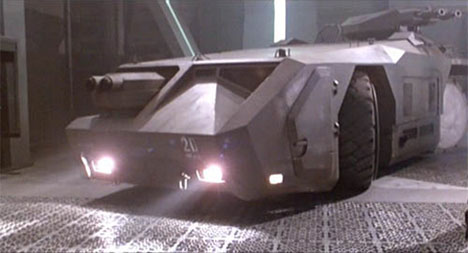 The APC (armored personal carrier) from Aliens looks a bit like the Tumbler, and it’s just as sturdy. The also-tank-like vehicles were inspired by the tough trucks used to haul airplanes to hangars, and they’re realistic enough to make us think that we might one day see monsters like this on the road…or at least in the military. 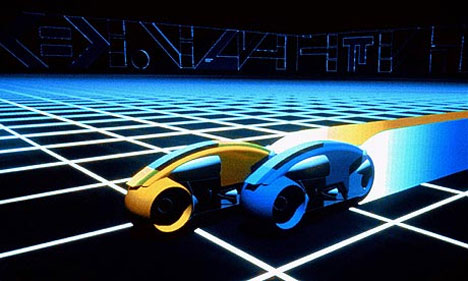 Okay, we’re cheating a little here because the light cycles from the original Tron aren’t exactly cars…but they are classic sci-fi vehicles from a truly unforgettable movie. We can’t wait to see the new versions when the sequel hits theaters.

See more in Science Fiction or under Science. June, 2010.