10,000+ Subscribers
What Could Have Been: App Shows Alternative Manhattan 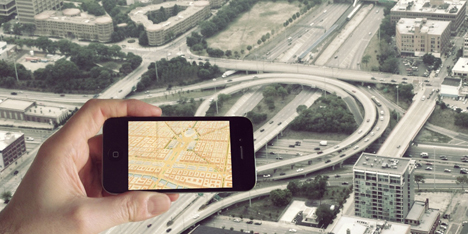 The stories behind the architecture in our cities are ones seldom heard. When structures like the Empire State building or World Trade Center are erected, unbuilt monolithic buildings and scrapped city plans are quickly forgotten. Two designers want to give these concrete ghosts some virtual recognition. 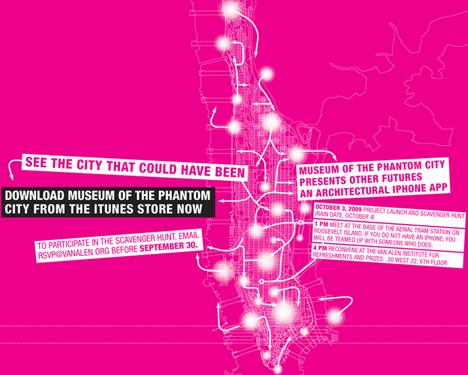 Irene Cheng and Brett Snyder design for their own firm, Cheng + Snyder. They created a mobile media project in the form of a smartphone app called Museum of the Phantom City. It’s a database of unused plans, futuristic structures and hidden stories. Users of the app are directed around Manhattan to specified spots, where they can access pictures that juxtapose the past and future with the present. 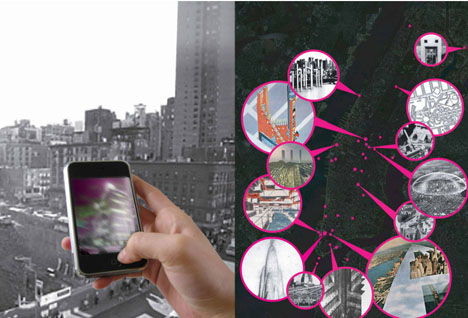 According to their website, “typical urban navigation apps like Google Maps and Yelp seek to clarify and make the city more legible,” while the Museum of the Phantom City is “interested in deepening and intensifying urban experience.” It’s a trendy alternative for travelers to explore Manhattan – realized and re-imagined.

See more in Phones & Mobile or under Gadgets. December, 2013.