10,000+ Subscribers
Weird Wonders of the Past: 7 Crazy Concepts From History 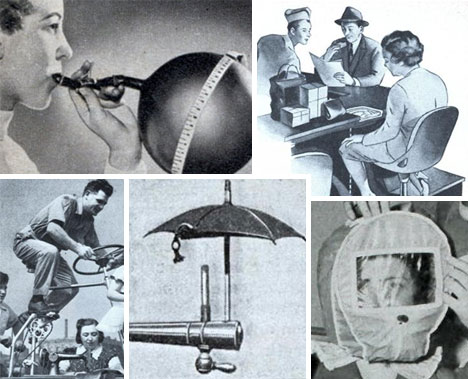 Kooky inventions and useless gadgets are not a modern phenomenon. Long before there were blankets with arms, Slap Chops and electric flyswatters, there were four-person sewing machine bikes, umbrella cigarette holders and scooter-mounted cannons. These weird contraptions cover more than 25 years – from 1931 to 1957 – and display the kind of ingenuity that keep inventors inspired. 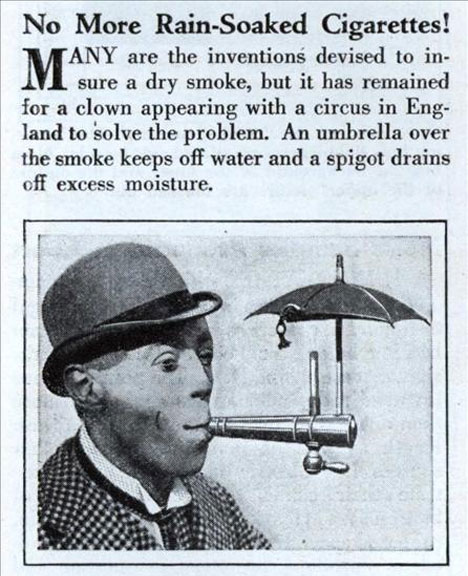 This umbrella-equipped cigarette holder from 1931 was reportedly inspired by a British clown. Rather than using the tried-and-true hand-cupping method, smokers in the 30s could look just like a clown by using this truly weird contraption to keep the rain off of their lit cigarettes. 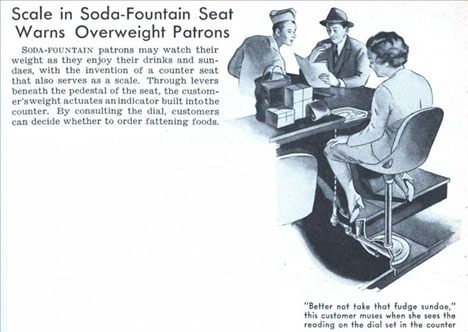 It’s little wonder that this invention never caught on, though if it had we might not be facing the obesity epidemic sweeping the developed world today. This seat, installed at a soda fountain counter, was meant to help customers watch their figures by giving weight readouts for waiting patrons. Perhaps someone realized that this was terrible for business and that’s why the invention has not seen the light of day since its 1938 conception. 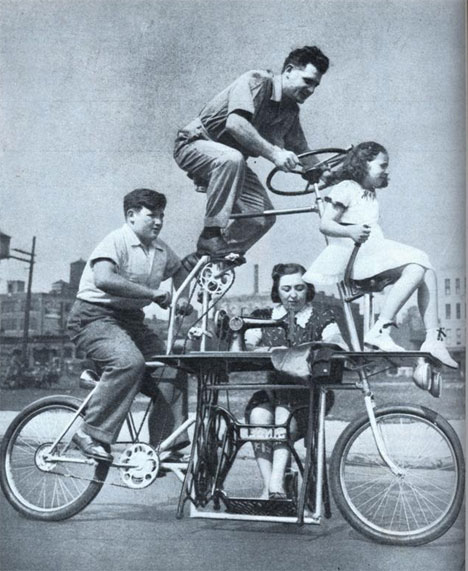 This totally weird bike from 1939, aptly dubbed the Goofybike by its inventor, involved the whole family in some sort of weird bonding activity that involved Dad and Brother pedaling while Mom worked on her sewing machine and Sister simply sat there enjoying the ride. Poor Mom never got a break, even when it was time for family recreation. 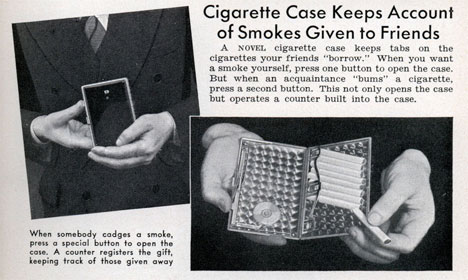 In 1940, smokers who were sick of loaning out cigarettes could keep track of how many smokes they were using themselves and how many were being “bummed” by friends. Two separate buttons opened the case: one for when the owner was grabbing a smoke, and another for when a friend asked for one. It was presumably up to the owner to decide what to do with that information once he determined how many of his cigarettes were being given away. 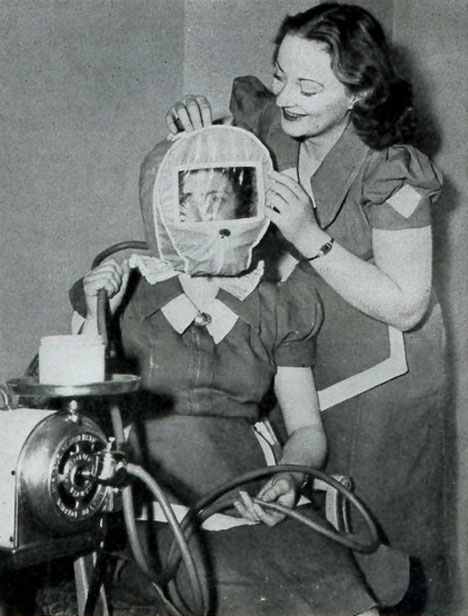 This 1941 beauty treatment was purported to improve a lady’s complexion through the use of a vacuum – which seems dangerous, given that it completely encases her head in plastic. The picture above looks quite sinister, with the woman in the mask furrowing her brow and grasping the air hose worriedly and the other woman smiling menacingly while holding the plastic bag on the poor lady’s head. But the accompanying copy assures readers that this is a “glamorous” beauty treatment, not torture. 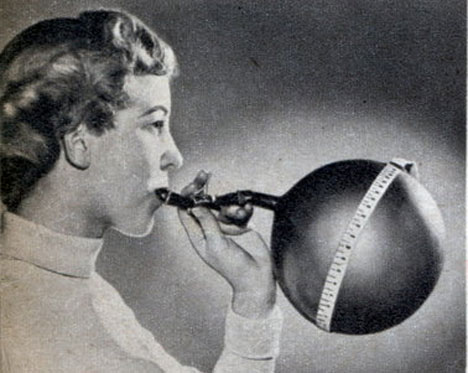 Women have done some extremely odd things over the years in the name of increasing their bust size. This balloon device is one of the less dangerous, but the idea behind it is certainly odder than most. The product was supposed to “develop the form” while measuring and increasing lung capacity with a shut-off valve (that little tape measure looped around the balloon). Just breathe deeply, and before you know it your breasts will magically increase in size.

It seems like some scooter riders already have attitude problems, based on their tendency to zip dangerously through traffic, so the last thing you would want to do is give them weapons on their Vespas. This scooter cannon from 1957 featured a gun on top with six ammo shells carried on the sides, making it even more dangerous than the usual scooter.

See more in Epic Failures or under Vintage & Retro. January, 2011.