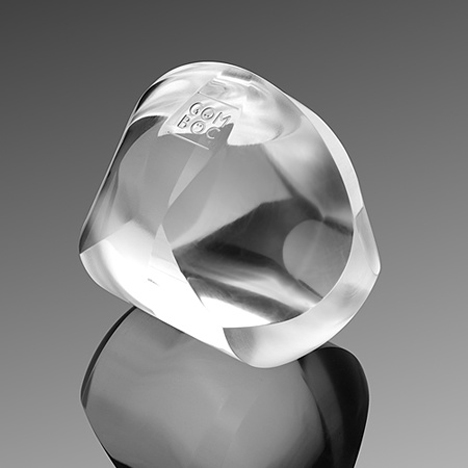 Have you heard the one about the tortoise who proved a complicated mathematical theory? It sounds like the beginning of a bad joke, but flipping tortoises over and watching them right themselves actually did help mathematicians GÃ¡bor Domokos and Peter VÃ¡rkonyi prove the existence of a long-theorized (but, until now, unbuilt) three dimensional shape called the GÃ¶mbÃ¶c. In effect, they discovered an entirely new shape.

Simply put, a GÃ¶mbÃ¶c is a self-righting object with exactly one unstable equilibrium point and exactly one stable equilibrium point. It is homogeneous (meaning it is built of just one material, rather than containing weights to make it self-right) and convex (meaning its sides are not allowed to bulge inwards). Mathematicians had assumed that such a shape simply did not exist, but had long been unable to disprove the existence of such an object in three dimensions, so Domokos set out to find the definitive answer. Rather than disproving its existence, he and VÃ¡rkonyi ended up surprising themselves by finding that the object actually does exist.

The discovery of the GÃ¶mbÃ¶c was not only important in and of itself; it opens up a world of possibilities for future discoveries. The GÃ¶mbÃ¶c is kind of a “stem cell” in that other three-dimensional shapes can be derived from its existence. The GÃ¶mbÃ¶c is the starting point for proving all three-dimensional objects with higher numbers of equilibrium points. And in the world of math, that’s a very exciting proposition. GÃ¶mbÃ¶cs are being produced for purchase, but it’ll run you anywhere from $215 to $870 (more for a special edition) – a little pricey for a grown-up Weeble.