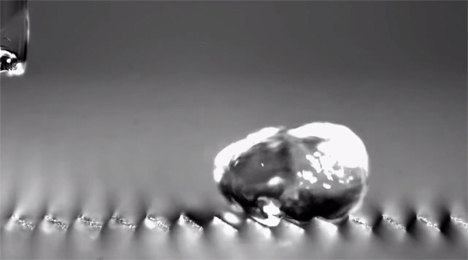 We all know that gravity causes water (and, well, basically everything else) to roll downhill. But thanks to a fascinating experiment by a group of undergraduate physicists at the University of Bath, we get to see the seemingly impossible: water moving uphill. The video below, produced by Science Friday, shows the amazing Leidenfrost effect in real time. 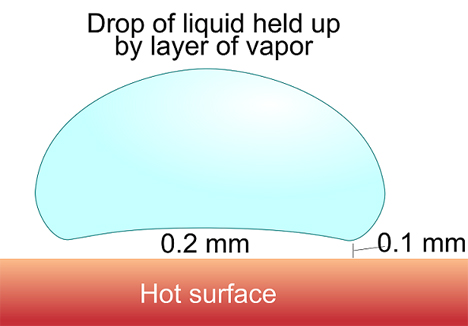 The Leidenfrost effect is a physics phenomenon that causes water to levitate when it is dropped on a surface hotter than its boiling point. A layer of vapor forms beneath the water droplets, letting them sort of float just above the surface. The physicists realized that, by creating a very hot surface with ridges on its surface, they could actually make water droplets climb uphill using the Leidenfrost effect.

And of course, because the physicists were college students, they decided to make something really fun out of their experiment. They created a super-heated maze using ridged surfaces and used a pipette to squeeze small drops of water onto the metal. The drops race around the squares of the maze, seemingly defying the laws of physics and looking pretty cool while they do it.

See more in Weird Science or under Science. April, 2014.