10,000+ Subscribers
Watch and Learn: Download Skills Directly to Your Brain 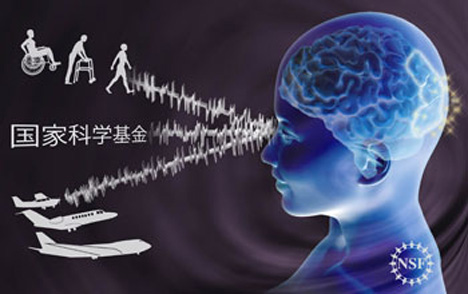 If you’ve ever wanted to learn to play the piano or dance the tango but couldn’t be bothered to practice, the future is the place you want to be. A study published in Science Magazine suggests that the type of instant download-type learning seen in the Matrix movies really is possible. Using decoded functional magnetic resonance imaging (fMRI) to tweak a subject’s brain waves, scientists can match brain waves to a previously-determined target state. The method could be used to more or less insert knowledge directly into a subject’s brain through the visual cortex, bypassing all of the months of practice and learning curves.

The method only works on skills that involve a large degree of visual performance. The visual learning areas of our brains are responsible for keeping track of information learned over time through practice and forming it into performance-based skill. So artificially inducing a certain activation pattern in the brain that matches the pattern of someone who already has that skill can actually make us better at something almost instantly. Oddly enough, the method works even when the subject isn’t aware of what they are being “taught.” Testing subjects’ abilities before and after neurofeedback training showed that their performance in targeted tasks improved even when they were not informed what task they were to be tested on. The thought of a future where we learn everything via brain wave manipulation is a little too creepy to ponder, but hopefully this research can be used to help people with learning disabilities.

See more in Weird Science or under Science. December, 2011.