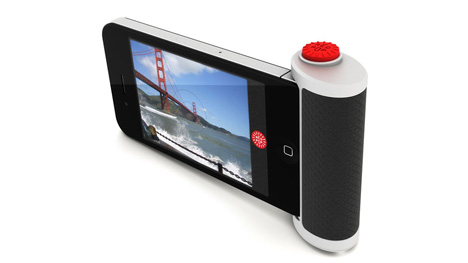 In recent years, many people have lamented the death of the button. That endlessly inviting pushable object that is almost impossible to leave alone (even when it sports a large “DO NOT PUSH” warning) has gone the way of the dinosaurs as most of our gadgets are going touchscreen. So it is with the camera. Even digital cameras sported a big button on top that gave way satisfyingly under a bit of pressure from a finger. But now that so many of us are substituting our mobile phones for actual cameras, there’s no button to push – just an annoyingly easy-to-miss little box on a touchscreen. 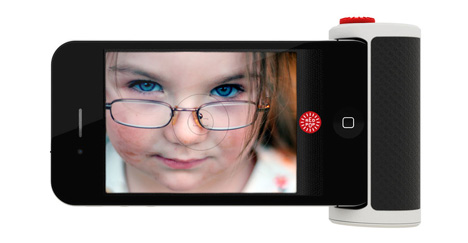 Beep Industries wants to bring back the button with their iPhone accessory they call the Red Pop. It easily snaps onto the iPhone, turning it into something that resembles a digital camera complete with a giant red button on top. By giving the iPhone that familiar camera-like orientation and a real button for you to push, the Red Pop could help you capture moments you would otherwise miss while fumbling for that on-screen shutter button. This isn’t one of those products that you would love to have but will never be able to buy: the first production run is being financed through Kickstarter.