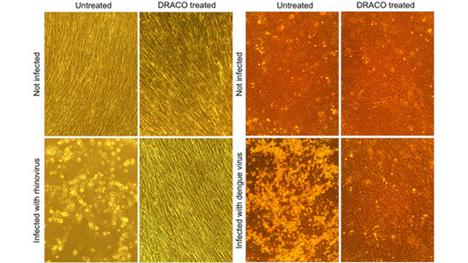 We’ve had a reasonably firm handle on the spread of bacterial illnesses since the discovery of penicillin, but viral infections are another story. If you’ve ever visited a doctor for a cold that was making you miserable, you’ve no doubt heard the standard line about how medicine can’t do much about viruses. We might be able to lessen the symptoms, but that cold will just have to run its course. Likewise for more serious viral infections; there are antiviral drugs for certain viruses, but the viruses tend to evolve and mutate so quickly that the drugs don’t have a chance. But that could all change very soon. A group of researchers at Lincoln Laboratory’s Chemical, Biological, and Nanoscale Technologies Group have invented an entirely new type of drug called DRACOs. DRACOs could be the answer to all viruses – not just specific infections, but every virus we know of now and every virus that might be discovered in the future. 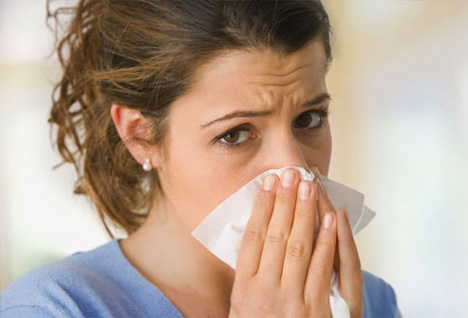 The new drugs work by attacking infected cells rather than targeting the virus itself, which is how traditional antivirals work. When a virus infects cells and instructs them to replicate the virus, it leaves RNA markers behind. DRACOs target only the cells that are infected, giving them a self-destruct order that stops the virus in its tracks. The drugs never target healthy cells, only those already under attack, and since the target is our own cells the virus doesn’t have a chance to out-evolve the drugs. The development is huge – like world-changing huge. It could be the end of every virus, from the common cold to AIDS. Of course, significant testing is needed before the treatment can be used on humans, but initial tests on mice have proven extremely promising.

See more in Medical Marvels or under Science. August, 2011.