10,000+ Subscribers
Twist and Pout: Gadget Charger Based on Frustrating Game 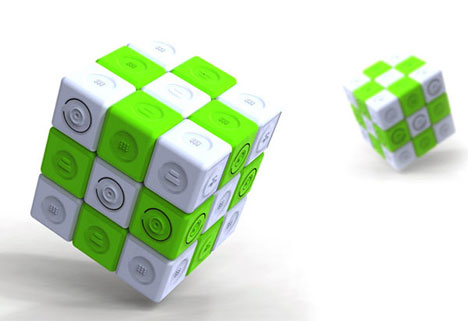 In the 1980s, the Rubik’s Cube was the hottest toy to have. It was completely frustrating and almost impossible to beat, but if you could do it you were regarded as a highly intelligent problem-solver. Designer Zheng Weixi wants to bring the fun and frustration of the classic Cube into the 21st century with this conceptual creation: the Magic Charger. 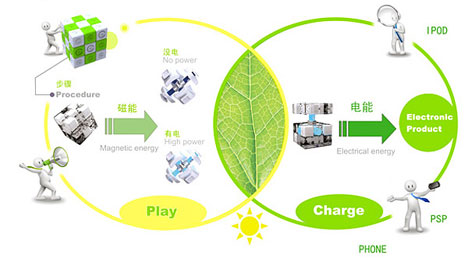 Using more or less the same format as the Rubik’s Cube, the Magic Charger adds in one important difference: it stores the energy generated from all of your twisting and turning. An integrated USB port transfers the power to your gadgets.

The USB port is hidden within the rows of squares, each of which has a shape on it. The goal is to get each side of the cube to display a single shape on all squares, rather than the classic Rubik’s Cube which requires matching colors on all sides. With each twist of the rows, the user generates electricity which is captured by the Magic Charger’s interior mechanism. Of course, you would probably have to play for hours to generate any usable amount of energy. But for those of us who could never beat the evil Cube, that wouldn’t be a problem.