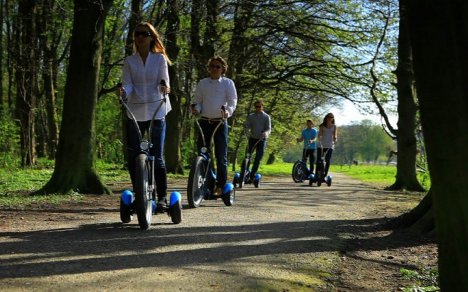 This sweet little vehicle looks a bit like a motorcycle that still has a lot of growing up to do, but it’s actually a three-wheeled electric urban transporter. Named Qugo, it was created by Dutch company Urban Mobility Europe as an easy and eco-friendly way for city dwellers to scoot around city streets. 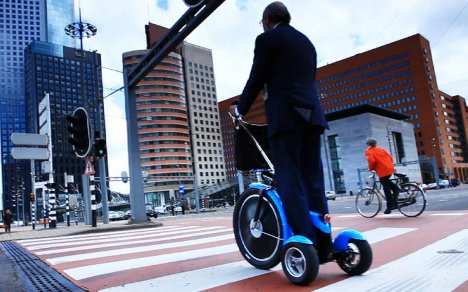 The Qugo seems somewhat similar to the Segway – in concept, anyway – but its three wheels make it far more stable. The frame is aluminum, making it a super lightweight 55 pounds without the battery. For easy storage, the handlebars fold down, making the Qugo even tinier. According to the makers of the Qugo, the stand-up transporter is kind of like skiing on the road. It certainly looks like a fun ride, and its unique construction makes it possible to zoom around at up to 15.5 MPH while remaining stable. 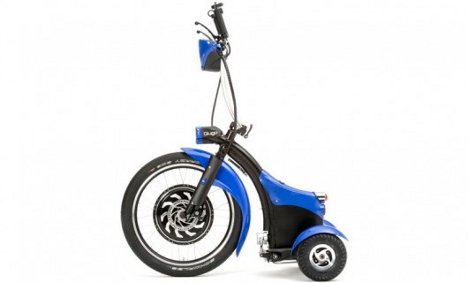 It’s worth mentioning that the Qugo is genuinely adorable. Could it finally do what the Segway never could and make people want to ride around on single-rider electric scooters? That remains to be seen, as it is currently being offered at a small number of outlets around the world.